Lamont says he would support fan-less Travelers Championship in June 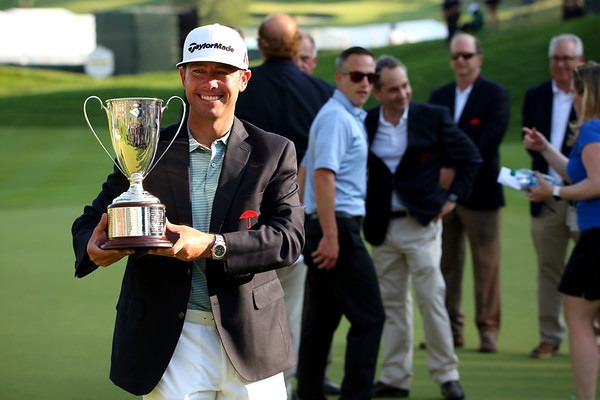 HARTFORD - Gov. Ned Lamont said Wednesday he would support the idea of holding the Travelers Championship golf tournament in June, even if that means fans might not be able to attend.

The PGA Tour plans to release a tentative schedule on Thursday.

Golf Digest has reported the tour will try to resume June 11-14 at the Charles Schwab Challenge at Colonial in Fort Worth, Texas, without fans.

The Travelers would keep its spot on June 25-28, but Lamont acknowledged that the public may not be allowed to attend, calling that a “new normal” for this year. If the tour can stick to its modified schedule, it is expected to play without fans for a month.

“I kind of like that report, if it turns out to be true, that we're going to have a chance at least on TV to enjoy a sport which showcases the best of Connecticut in a safe way," Lamont said. “So, I don't think that's too soon.”

The tournament, which draws close to 300,000 fans to TPC River Highlands in Cromwell each year, raised more than $2.1 million for 150 local charities in 2019.

Golf already has rescheduled three of the four majors, starting with the PGA Championship on Aug. 6-9 at Harding Park in San Francisco. The U.S. Open - which typically precedes the Travelers Championship - would be Sept. 17-20 at Winged Foot, followed a week later by the Ryder Cup in Wisconsin and the Masters on Nov. 12-15.

PGA of America CEO Seth Waugh said earlier this week that playing without fans at the PGA Championship was possible.

“It will feel strange to play without fans,” Charles Howell III said Wednesday. “However, if that's one of the steps forward and it's agreed upon by the officials that I feel we need approval from, then that's how it has to be.”