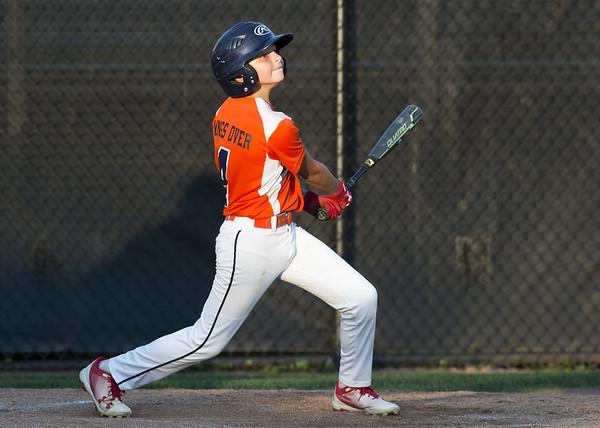 The Forrestville Dodgers vs the McCabe-Waters Astros in the first game of the city series at Breen Field on Monday August 19, 2019. Chase Dauphinee (4). | Wesley Bunnell | Staff Buy this photo
Published on Wednesday, 21 August 2019 17:11
Written by

Heavy afternoon rainfall in Bristol led to nearly six inches of water in each dugout, and both the infield and outfield were flooded with not enough time to get the field ready and playable for the 6 p.m. matchup.

McCabe-Waters will now be looking to stave off elimination 24 hours later after losing to Forestville, 7-4, on Monday night. With a victory over Edgewood, the two teams would play each other again on Friday for the right to face Forestville on Monday with a decisive final game Wednesday, if necessary.

If Edgewood (0-0) defeats McCabe-Waters (0-1) on Thursday, it will face Forestville (1-0) on Friday with the final game in the series on Monday.

All games in the city series begin at 6 p.m.