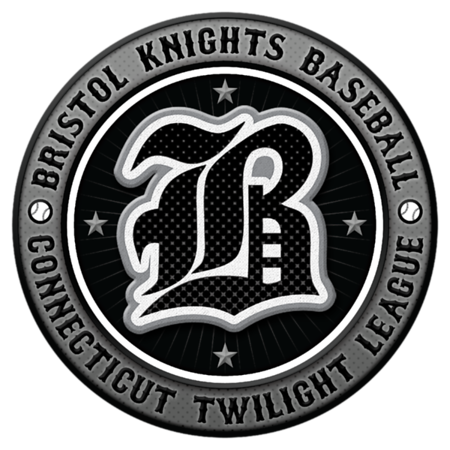 The Bristol Knights opened their playoffs last Monday, Aug. 5, as the No. 6 seed in the Connecticut Twilight League playoffs, defeating a tough East Hampton-based team, the Fat Orange Cat Brewers.

The Brewers are a merger of two East Hampton area teams from the last few years, the East Hampton Royals and the Loco Perro Expos. After merging together this year and getting their local brewery to sponsor the team, the Brewers ended the season with the third overall seed and a first round matchup with the Bristol Knights.

In a back-and-forth game, the Knights eked out a victory behind the pitching of longtime Knight veteran lefty Chris McGrath at Riverfront Park in Glastonbury. Of the four runs allowed, only one was earned in a tough defensive game on both sides.

The offense was led by some strong hitting for Bristol. Georgie Santiago, Kyle Pileski, Earl Oakes and Rex Cone had two hits each.

From there, the Knights faced the Barile Realty Indians in the second round of the playoffs on Thursday evening in the winners’ bracket. The Knights were able to find a way to win in a 3 1/2 hour lightning-delayed and damp extra-inning affair.

The Knights got 5 1/3 gutsy innings on the mound from veteran Rex Cone (who was pitching on a hurt leg after straining a leg muscle early in the game). From there, Rob Bibisi came in to get out of a huge jam with the bases loaded and only allowed one additional run.

Rob pitched 1 2/3 innings before giving way to Knights veteran pitcher Earl Oakes to close out the seventh. Unfortunately, a passed ball got in a runner from third to tie the game with two outs, and the teams were off to extra innings.

Oakes held the Indians at their five runs and the Knights were able to score the go-ahead run in the ninth when Indians ace Mike Lord also bounced a breaking ball and allowed a run to score from third.

Oakes closed out the bottom of the ninth, but not before getting a scare when Dionys Quezada of the Indians hit a rocket off the top of the wall for a double, less than a foot from leaving the yard. The Knights got the huge win, knocking the CTL defending champions to the elimination bracket.

Mike Lord, who only a month ago had jumped on with the New Britain Bees to bolster a hurting bullpen, threw a solid game and went the distance in the nine-inning loss.

The Knights’ offense was led by Steve Clout, who had a huge RBI double, and Kyle Pileski, who collected four walks.

Tonight the playoffs continue for the Knights starting at 6 p.m. in Bristol at Muzzy Field. The Knights always play half their regular season schedule at Muzzy and for the second straight year will get the opportunity to play some playoff games at the hometown stadium.

Next up for the Knights is a matchup against their long-time rival and No. 4 seed Elmer's Angels. If the Knights win the game, they will be playing for a championship in a best-of-3 series starting Wednesday night.

De Leon has both victories so far in the playoffs for Elmer's and may get the ball again tonight. The Knights could throw any of five guys (McGrath, Oakes, Bibisi, Cone or Barrett) and have to figure out how to spread out the pitching to continue their run through the bracket toward another championship.

The CTL plays at Muzzy Field all week. All games are free and open to the public.

Also, on Sunday, Aug. 18, the Connecticut Twilight League hosts its annual All-Star Game against the Greater Hartford Twilight Baseball League starting at 7 p.m. at Muzzy Field, which is also free and open to the public.