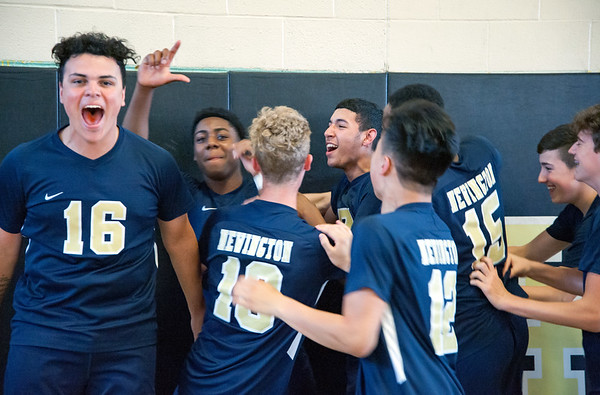 NEWINGTON - Once again the top-seeded Newington boys volleyball team has proved it's one of the best in Class M, if not the state.

The Indians are now one step closer to reaching the title game after defeating eighth-seeded Farmington 3-1, in set scores of 25-22, 26-24, 19-25 and 25-21 Friday afternoon in the quarterfinals at Newington High School.

"We're happy to advance," Newington head coach Curt Burns said. "But it's a pretty quick turnaround, instead of playing on Tuesday, we'll be playing on Monday."

The Indians will next travel to a neutral location (Glastonbury High School), and face the No. 5 South Windsor Monday at 5 p.m.