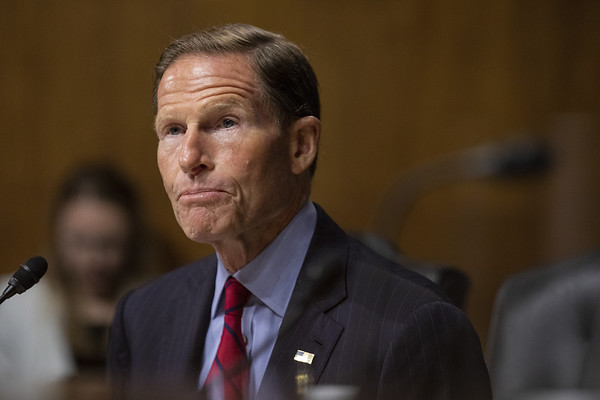 HARTFORD - About 300 refugees from Afghanistan are expected to arrive in Connecticut in the coming weeks and months as immigrant advocacy groups work to find permanent homes for them in the state, U.S. Sen. Richard Blumenthal and advocates said Monday.

Blumenthal, a Connecticut Democrat, and resettlement workers anticipate that refugees will begin arriving in large numbers in communities across the U.S., perhaps as early as next week, after clearing security checks and other vetting.

Some 50,000 Afghans are expected to be admitted to the United States under a program called “Operation Allies Welcome,” including translators, drivers and others who helped the U.S. military during the 20-year war and who fear reprisals by the Taliban, who seized power last month.

“We owe these Afghan allies the safety and escape they need from murder and torture they face, and their families face, in Afghanistan,” Blumenthal said at a news conference with advocates in New Haven. “They sided with us. They went into combat with our troops. They protected them and our diplomats. They now have targets on their backs.”

Blumenthal said he is pushing Congress to approve financial aid for resettlement services, including housing, job placement, clothing and other needs. He said the cost could be in the hundreds of millions of dollars.

Nearly 130,000 people were airlifted out of Afghanistan in one of the largest mass evacuations in U.S. history. Many of them are still in transit, undergoing security vetting and screening in other countries including Germany, Spain, Kuwait and Qatar.

Thousands of other Afghans are being screened at eight military installations in the U.S. The Pentagon has said all evacuees are tested for the coronavirus upon arriving at Dulles International Airport outside Washington.

And tens of thousands of people in Afghanistan are still trying to leave the country, including American citizens and green card holders, Blumenthal said.

Chris George, executive director of the New Haven-based Integrated Refugee & Immigrant Services, one of two major resettlement agencies in Connecticut, said the federal government has not done enough to bring home U.S. citizens and green card holders still stuck in Afghanistan, including 45 from the New Haven area who are clients of his agency.

“They tried to get out through the airport, and they were beaten and bruised and terrified in the process,” George said. "They’ve been hunkering down in safe houses in Kabul, in hiding, running out of food and, I have to be honest, running out of hope.

“They feel like they are bargaining chips in some high stakes game of international diplomacy,” he said. “Some of them are even feeling like hostages.”

Resettlement agencies will be in charge of finding permanent homes for the refugees after they are vetted.

George said churches, synagogues, mosques, Rotary Clubs and colleges across the state have stepped forward in efforts to help Afghan refugees start new lives in Connecticut. His organization has already rented several apartments for refugees ahead of their arrival.

Integrated Refugee & Immigrant Services has been helping resettle Afghan refugees in Connecticut for years, George said, including about 10 families in the past two months.

George estimated that nearly 1,000 additional refugees, mostly from Afghanistan, could be coming to the state over the next year.