Olivia Marble | Special to the Herald/Press One of the living rooms in the lounge of the newly renovated Landers House. Buy this photo 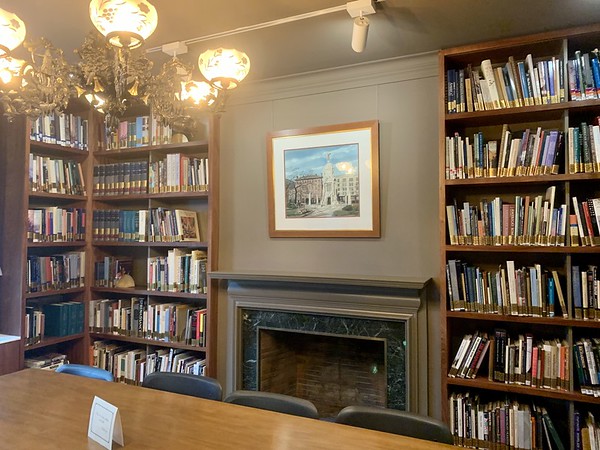 Olivia Marble | Special to the Herald/Press The library in the lounge of the newly renovated Landers House. Buy this photo 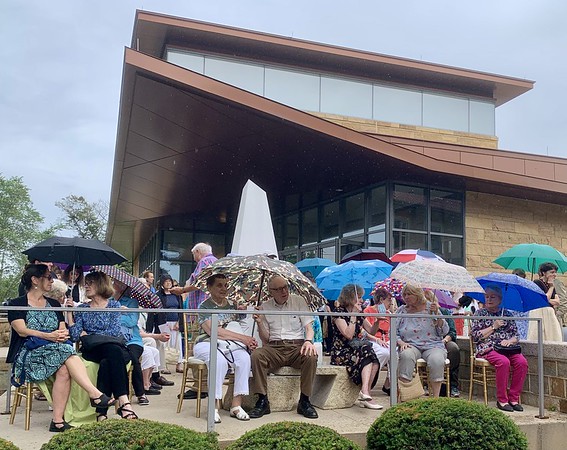 Olivia Marble | Special to the Herald/Press A crowd gathered at the front of NBMAA to watch the ribbon cutting ceremony despite the rain. Buy this photo

Olivia Marble | Special to the Herald/Press One of the living rooms in the lounge of the newly renovated Landers House. Buy this photo

Olivia Marble | Special to the Herald/Press A crowd gathers in lounge of the Landers House, including Lt Gov. Susan Bysiewicz and NBMAA Director Min Jung Kim. Buy this photo

The New Britain Museum of American Art‚Äôs historic Landers House has a new life as a lounge and a makerspace after months of renovations transformed the first floor.

NBMAA held a ribbon cutting ceremony on Thursday to mark the grand reopening of the house. The first floor now features the Sylvia Bonney Halcyon Lounge and the Stanley Black & Decker Makerspace.

‚ÄúToday marks a very important day‚Ä¶ The incredible renovations have brought the Landers House back to its original glory, and all who live in and visit New Britain will be able to enjoy it again,‚Äù Stewart said in her opening remarks.

Most of the first floor of the house was turned into a lounge area with a library, a bar, two living rooms and a sunroom. The space will generally be open to the public, but NBMAA members will be able to rent it out for private events, NBMAA Director of Marketing Lisa Lappe said.

Several features of the original Landers House were included in the renovations. The southern walls of the house now have windows for the first time since the building was converted into a museum and the windows had to be covered up to make more wall space. The chandelier, which was previously located in the front room of the house, was returned to where it originally hung. The wood paneling in the sunroom and living room were restored by Connecticut-based wood specialists John Canning & Company after being heavily damaged over the years.

The lounge will have a rotating display of artwork in the library and living rooms. For the reopening, all of the art pieces were by New-Britain based women artists, including Grace Vibberts, Marian Hungerford, Margaret Miller Cooper and Ann Dyson Grimm.

The house also features a makerspace in which museum guests can make crafts based on art pieces in the museum. NBMAA Director of Education Maura O‚ÄôShea said that the museum is planning on adding laptops and 3D printers to the space in the near future.

Lappe said she hopes the makerspace will provide a unique way for guests to interact with their collections.

The renovations to the Landers House began at the beginning of the pandemic in 2020. Jung Kim said while the pandemic caused some delays in the construction, it also helped move along the project because there were not many guests present.

The renovations were designed to make Landers House feel modern yet familiar to those who know it, Jung Kim said.

‚ÄúWe wanted to respect the history and tradition of this space architecturally on one hand, but on the other hand contemporize through many of its furnishing so that those who were familiar with the space from long ago feel some familiarity, but at the same time, it remains welcoming to a new generation of visitors,‚Äù Jung Kim said.

Landers House was originally the art museum‚Äôs only building. Grace Judd Landers, a New Britain philanthropist and lifelong supporter of the arts, donated the building to the NBMAA after she died in 1934. The mansion was originally built for Stanley Works President William Hart in 1909.