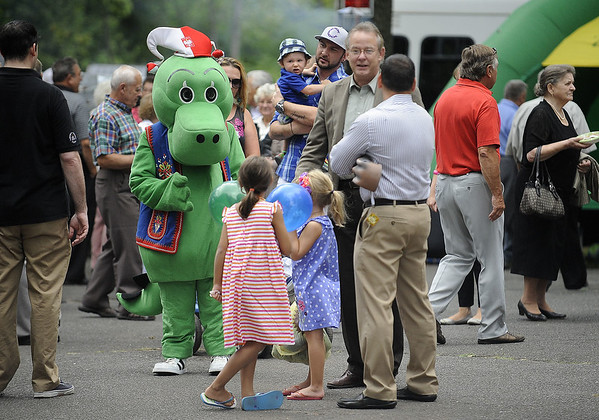 The festival, hosted by the Polish American Foundation and Little Poland, will be held Saturday from 10 a.m. to 10 p.m. and Sunday from noon to 10 p.m. in the field at 721 Farmington Ave.

One of the event organizers, Rich Pokorski, said there will be plenty of delicious Polish food and Polish beer from local restaurants as well as a kids’ zone on both days. There will also be a variety of local vendors.

“There will be the usual vendors with people selling Polish products,” said Pokorski. “The Little Poland Festival is wonderful and attracts thousands of people, but this is more of an intimate harvest festival with an ethnic flair and culture. The kids’ zone will have two large bounce houses that will allow their parents to enjoy the festival.”

On Saturday, the Mass of Thanksgiving will be celebrated from 11 a.m. to noon by Archbishop Leonard Blair. The Polonia Paderewski Choir will be singing during the Mass.

At 12:10, the U.S. and Polish national anthems will be sung and there will be performances from the Polonez dance group, the Polish Language School and Polish Scouts, the Polonia Paderewski Choir, Moniuszko Choir and Orleta Folkloric Dance Group.

From 12:30 to 12:45 p.m., Pokorski will deliver opening remarks and present plaques in honor of the 125th anniversary of Sacred Heart Parish.

Then, from 12:45 to 1:15 p.m., plaques will be presented in honor of the 60 th anniversary of the New Britain Polish Language School program.

From 1:15 to 1:45 p.m., the Moniuszko Choir will perform, with Kaylee Pettengill on violin.

From 1:45 to 2 p.m., the foundation will be awarding six scholarships to Polish children. After the scholarship presentation, the Orleta Folkloric Dance Group will perform from 2 to 2:20 p.m.

This will be followed by vocal groups from the Polish Language School performing from 2:20 to 3 p.m.

The Choir of Young Hearts (Chor Mlodych Serc) will then take the stage from 3 to 4 p.m., followed by live music from 4 to 8 p.m. by Vademecum.

“With the DJs, we are hoping to change things up and have more young people participating,” said Pokorski.

On Sunday, the band “To My” will perform and there will also be an antique car show.

Pokorski thanked all who make Dozynki possible year after year.

“There are a lot of dedicated volunteers who have made this possible year after year,” said Pokorski. “We have a core group that comes together and really works non-stop for those two days. They deserve all the credit. This is one of the largest events that New Britain. If you’re looking to go out and have a good time, this should be at the top of the list.”