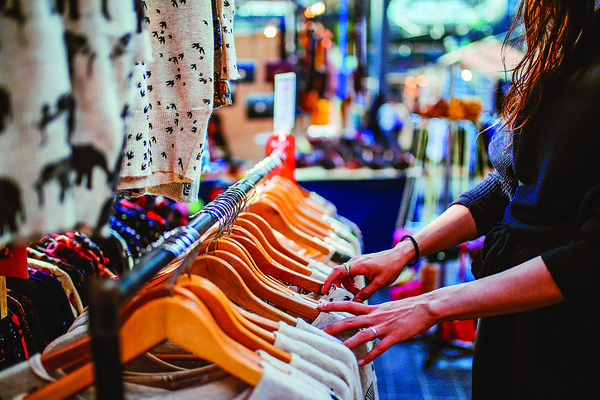 NEW BRITAIN - Marshalls in New Britain is set to close its doors on Aug. 4, less than a month after Ocean State Job Lot pulled out of the same shopping plaza.

Marshalls is located at 76 East Main St. in the New Brite Plaza. The store is relocating to Cromwell with a grand opening set for Aug. 8.

“We are always assessing and reviewing our real estate strategies and our decision to close this store reflects that thinking, and one we made after thoughtful consideration,” Bethany Crocetti, corporate communications manager at TJX companies, said. “We are grateful for the patronage of our New Britain customers and believe they will continue to find great values at our new store and our nearby stores.”

New Britain Alderman Daniel Salerno said the store is not closing because of the economy, but because there was a tenant-lease issue. Ocean State Job Lot closed for the same reason, officials told The Herald earlier this year.

Paramount Realty Services, Inc., the owners of the New Brite Plaza, have confirmed that Planet Fitness, Fun City Trampoline Park and East Main Liquors will be their new tenants.

“I think it’s exciting, they have the perfect space for a gym,” Mayor Erin Stewart said. “One of the things that people always say to me is we need an affordable gym in town and we have Big Sky, it’s on the Plainville town line but to have something in the heart of the city, I think will be a big benefit. I hope that more people will use the plaza because there’s something there that they are interested in participating in.”

Fun City Trampoline Park will be located at 60 E. Main St., the approximately 38,000-square-feet space where Ocean State Job lot used to be. Planet Fitness will take up the space Marshalls is in. While there’s no set date, Planet Fitness is expected to open before the end of the year. That space is about 23,000-square-feet.

The 3,000-square-feet space where Payless used to operate, will be taken over by East Main Liquors, which will be moving from its current space at 538 East Main St.

In addition to Marshalls and Ocean State Job Lot, Payless Shoesource in the New Brite Plaza also closed this year.

The Herald’s records from previous reports show that Marshalls in New Britain opened in 2011. Paramount Realty of Lakewood, N.J., acquired the 155,956-square-foot plaza shopping center from WP Realty for $15.2 million in 2011. WP had purchased the plaza in 2007 for $9.6 million. The New Brite Plaza was constructed in the mid-1960s as the city’s redevelopment efforts began to materialize.