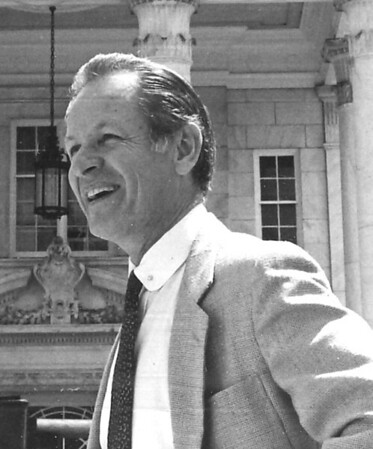 Friends and family received news of his death on Saturday.

James died on May 6. He was president of CCSU from 1968 to 1987, receiving the title of President Emeritus upon his retirement in 1987. A residence hall was also named in his honor.

â€śHe really attempted to build community at the university,â€ť said Warshauer, who was a student at CCSU during Jamesâ€™ last year as president.

The two became well acquainted 10 years ago after being introduced by another former CCSU president, Richard Judd, who held the position from 1996 to 2007.

â€śNo president goes through their tenure without difficulty,â€ť said Warshauer. â€śHe served in the midst of Vietnam, Watergate and the civil rights movement. Many have lauded him for his fairness and his attempt to bring peace to difficult situations.â€ť

Judd echoed many of Warshauerâ€™s statements.

â€śHe guided the university through a very turbulent time in history,â€ť said Judd. â€śHe was a big innovator in regard to the CCSU International agenda,â€ť Judd added, referring to the student and faculty exchange program that James established. â€śThat relationship still goes on today.â€ť

â€śHe was my mentor and ultimately I owe a lot of my experience to Don James, who took me alongside of him,â€ť Judd said. â€śOne of the most outstanding things is his deep regard for the community of Central and the need to bring students and faculty together. His first responsibility was to the students.â€ť

James also established the CCSU Foundation, a nonprofit organization working to receive funds to support educational programs and research at CCSU, according to Judd.

â€śI think that was a major contribution to the university,â€ť he said.

â€śIâ€™ve met a lot of people in my life and he was really a remarkable man,â€ť said Warshauer. You could feel the warmth and generosity of his spirit.â€ť

Michelle France can be reached at 860-801-5087 or mfrance@centralctcommunications.com.