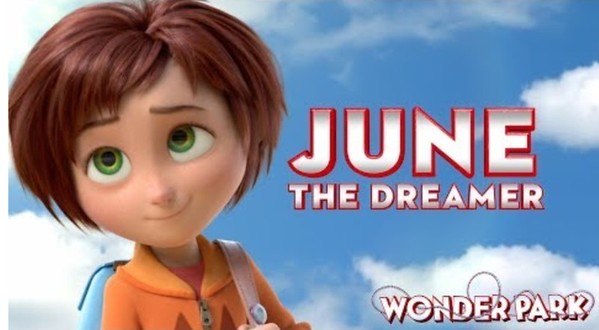 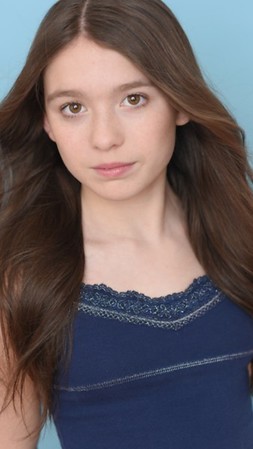 PLYMOUTH - Plymouth native Brianna Denski will lend her voice acting talents to the upcoming Nickelodeon animated movie “Wonder Park,” which will be released into movie theaters on March 15.

Denski will voice June Baily in the film, a character who she describes as a “young, adventurous, imaginative girl who is a problem solver and ready to take on anything.”

The plot, according to the movie’s press preview, centers around Denski’s character June, a girl who spent her childhood building an amusement park with her mother called Wonderland, a place filled with rides and inhabited by talking animals. But June loses her sense of imagination after her mother dies, until she finds the real Wonderland in the woods. She decides to team up with the animals to stop the destruction of Wonderland by Chimpanzombies and bring it back to life.

Denski, who is a sophomore at the Arts Magnet School in Waterbury, said Paramount was looking for a girl with “a husky voice” and that she was chosen from more than 1,500 people who auditioned.

“I was only 11 when my mom found out that I was given the role and I started jumping up and down all over the living room when she told me,” said Denski. “I started screaming excitedly and couldn’t wait to tell my brother, who was shocked, then gave me a big hug.”

Denski’s previous voiceover work has included a commercial for Lysol and a book narration for an elementary school.

“Ironically, my first acting job was done here in Connecticut with Synthetic Cinemas - a movie based on Wally Lamb’s book ‘Wishin’ and Hopin’’ where I was a featured character with no lines at all,” said Denski.

Denski said that she has always wanted to be an actress and spent many years performing in “The Nutcracker.” She also performed in plays of “Annie,” “Sleeping Beauty” and “The Wizard of Oz,” in elementary school. She later performed in “The Grand Hotel,” “Memphis,” “A Chorus Line” and “Willy Wonka and the Chocolate Factory” on the Palace Theater stage.

“In fourth grade I was the lead role in ‘Annie,’” she said. “After the show was over, one of my favorite teachers and the principal drove me to New York City to audition for the Broadway show. I didn’t get the role, but it made me understand auditioning and that New York City isn’t too scary after all. Shortly after, we saw an open house advertised at Connecticut Kids Talent Management and decided to check it out. They thought that I was very talented, but my permanent teeth started growing in behind my baby teeth, so I kind of looked like a shark. By the way, I love sharks. I was told that until my teeth were fixed I couldn’t do camera work, but they would submit me for voiceovers. I believe I was with Connecticut Kids Talent Management for two years, going on many auditions before the ‘Wonder Park’ movie.”

“Growing up, I enjoyed watching several Nickelodeon shows like ‘Dora the Explorer,’ ‘Sponge Bob Square Pants’ and ‘Jimmy Neutron,’” she said. “My favorite voiceover artist is Debi Derryberry, the voice of Jimmy Neutron. It feels amazing to know that ‘Wonder Park’ will have an impact on the next generation of children. I hope it inspires them to be creative, use their imaginations, do more hands on activities and have fun with math and science.”

The movie trailer can be viewed online.