BRISTOL BITS: Meeting the fourth person to walk on the moon 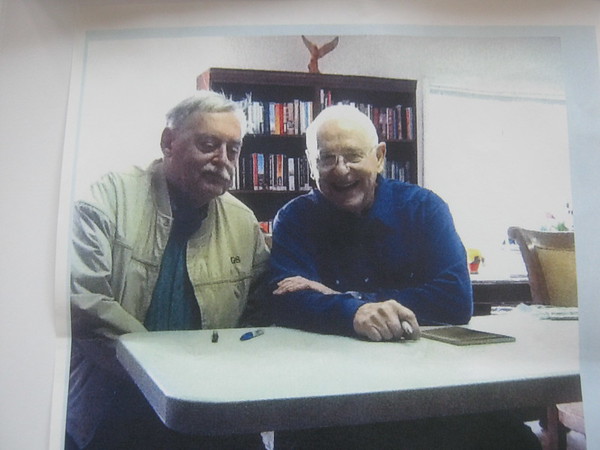 A few years ago, George Sobestanovich asked me if I wanted to go to Farmington - I believe it was at the library - to see former astronaut Alan Bean at a program. I was busy at the time and opted not to. However, George made the trek and is glad he did.

As most know, Bean, the fourth person to walk on the moon, doing so in 1969 as the lunar pilot on Apollo 12, died at age 86 a week ago Saturday. Only 12 people have stepped onto the moon and Bean totaled 31 hours on the planet in spending a total of 69 days in space.

The Southern Tunxis Maintenance Crew held a picnic reunion Sunday for many of its past and present members at the home of Mr. and Mrs. Sherwood â€śWoodyâ€ť Anderson in Burlington. The gathering was the first of its kind since the inception of the crew 17 years ago by George K. â€śTookeyâ€ť Libby.

The reunion drew 30 people and the committee organizing it consisted of Jan Gatzuras, Lynn Beaudoin, Sharon Deden, Jon Norton, Cindy Oâ€™Keefe, and Miss Mildred Reed. Libby was presented a watch for his many years of dedicated service as chairman of the Southern Blue Tunxis Trails. As of the present, there are 56 miles of trails in the Bristol area that are maintained by Libby and youngers numbering between 50 and 60. (Note: Readers may recall the Bristol Press column Libby wrote with regards to the on-going work on the trails.)

I came across Paul DiNoia, Sr., at the library on Thursday, and he told me about a movie he has entitled, â€śDonovanâ€™s Reef,â€ť one written by Edmund Beloin who was born at the turn of the last century in Stratford, CT. Some say he was born here and I saw that in one of his biographies, but most say otherwise. Can anyone help with this? Did he live in Bristol at one time? Iâ€™m told he has or had family members here. Anyway, Paul said he is loaning the movie to the Bristol Library to show sometime in September.

According to one of the biographies on Edmund, he was a Hollywood screenwriter through the 1940â€™s to 1960â€™s and wrote or collaborated on a number of Jack Benny, Bob Hope and Jerry Lewis productions. He died in 1992 in Pompano Beach, FL.

I have had the opportunity to get to know Sherwood â€śWoodyâ€ť Anderson, retired Bristol attorney, in recent years. Even before knowing him first-hand, I had seen his name pop up often, especially when researching the back pages of the Bristol Press on microfilm at the Bristol Public Library.

Although gone from the business community as an attorney and leader, he still remains active in a number of interest organizations. Heâ€™s done so much through the years and Iâ€™ve been learning more in recent times, even this week when I came across his name of three occasions. Proud to know you, â€śWoody.â€ť

I asked readers in Fridayâ€™s column if any knew the whereabouts of John Torvinen. He has been ailing and was likely in a nursing home. His good friend Mike Witlicki called me to say that John was a resident of Touchpoints at Farmington, which is located near the former Silo Restaurant in Farmington. If you know John, you might want to send him a note and the address is: 20 Scott Swamp Rd., Farmington, CT 06032. Johnâ€™s phone number is 860-416-5782.