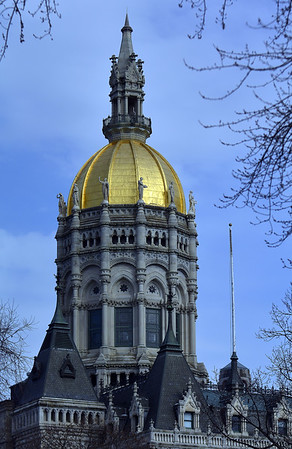 WETHERSFIELD-The stateâ€™s manufacturing industry is booming as it gained 2,000 jobs in December, according to a report by the Connecticut Department of Labor released last week.

â€śDecember job growth ended the year on a better note than in previous months,â€ť Andy Condon, director of the Office of Research, said.

Manufacturing was in the top three of major industry supersectors that gained employment in December.

Professional and business services led the growing industries with 2,700 net new jobs, followed by trade, transportation and utilities with 2,600 jobs.

Condon pointed out that the increase in job growth for strategic manufacturing has not seen such a growth since 2010, and before that in 1997.

Other services dropped an estimated 1,200 jobs in December including construction and mining industry, which lost 1,000 jobs.

Overall the state gained 6,000 jobs at the end of 2017. Throughout the year nonagricultural employment in the state grew by 7,700 jobs.

The job recovery is into its 94th month and the state needs an additional 28,100 jobs to reach an overall nonfarm employment expansion.

In addition, three of six of the Labor Market Areas (LMA) in the state that are seasonally-adjusted by the U.S. Bureau of Labor Statistics saw job increases last month and two saw declines.

The Hartford LMA led growth in the state with 1,400 net new jobs.

The Norwich-New London-Westerly LMA saw an increase of 500 jobs and the Danbury LMA saw a gain of 100 jobs.

Bridgeport-Stamford-Norwalk led declines in December with a loss of 700 jobs. Waterbury was next with a loss of 200 jobs and the New Haven LMA saw a decline of 100 jobs.