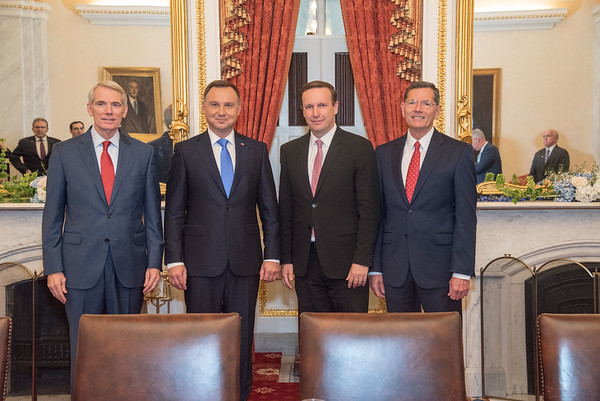 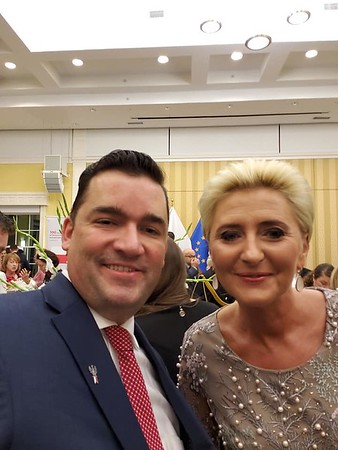 “The United States, and Connecticut and the New Britain area in particular, have close ties to Poland and the Polish people. I appreciated the opportunity to meet with President Duda and other Polish dignitaries yesterday.” Murphy said Wednesday.  “During our conversation, he shared my belief that Europe must stay united amid new threats from Russia, and I was glad to hear the president outline new measures that will loosen the Kremlin’s grip on energy markets.

“I want to thank President Duda for Poland’s contributions to ongoing NATO operations, and I appreciated the opportunity to advocate for Poland’s purchase of Sikorsky helicopters. I look forward to a continued dialogue between our two nations.”

Duda visited Washington with the purpose of meeting with President Donald Trump. Both leaders held a press conference to discuss topics such as security, military relations, the Three Seas Summit and the bilateral economic relationship between the two nations.

Murphy’s meeting with Duda and others in the Polish delegation took place after the conference between the two presidents concluded.

Murphy has a long history of supporting the government of Poland’s relationship with Connecticut and Sikorsky Aircraft in particular. In October 2016, the senator released a statement in which he praised Poland for purchasing 70 Sikorsky Blackhawk helicopters.

Murphy was not the only local who met with Duda. Adrian Baron, the Little Poland lawyer and president of the Polonia Business Association, was also in Washington as Murphy’s guest for a reception at the residence of Piotr Wilczek, the Polish ambassador to the U.S. During the gathering, Baron was able to tell Duda and first lady Agata Kornhauser-Duda about New Britain’s Polish community and neighborhood.

“I had the opportunity to discuss Little Poland with the first lady and presented her with some photos from the Polonia Business Association,” Baron said. “The photos included the “Welcome to Little Poland” sign, the red and white parking lanes, Mayor Erin Stewart’s High Voltage Art program boxes, and photos of local businesses and our annual festival. She seemed genuinely interested and seemed delighted to hear that there was such a strong Polish community in New Britain.”

In addition, Baron made sure to tell the Polish first lady about the amount of Polish individuals investing in the city of New Britain with manufacturing and jobs. He also thanked Murphy for his involvement in the community.

“Even back to his first days in office as a representative, Senator Murphy has been a great supporter of our efforts in promoting small businesses in New Britain and revitalizing the Broad Street neighborhood,” Baron said. “I was honored to be able to take part in the event.”

Karla Santos can be reached at 860-801-5079 or ksantos@centralctcommunications.com.