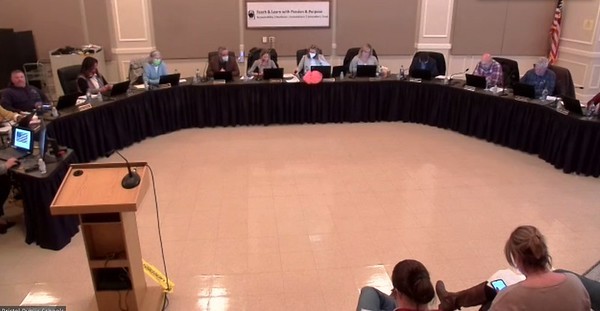 File Bristol Public Schools Board of Education Republicans are against the sale of recreational cannabis in the city. Buy this photo
Published on Friday, 2 September 2022 17:25
Written by Dean Wright

BRISTOL – In advance of a public hearing set to debate the future of recreational cannabis sales in the city at the Bristol Ordinance Committee this Tuesday, the Republican Caucus of the Bristol Board of Education voiced its concern with the “unintended consequences” of such purchases.

In an open letter dated August. 29, Board Chair Jennifer Dube and Commissioners Dante Tagariello, Russell Anderson, Todd Sturgeon, Eric Carlson and Vice Chair Kristen Giantonio wished to notify Mayor Jeff Caggiano, City Councilors and the public it was opposed to “any ordinance by the City of Bristol, CT, which would permit the retail sale of marijuana for recreational use.”

Commissioners said they appreciated the work of city officials looking to protect business within the city and its pursuit of economic development.

“However, we believe the endeavor of the State of Connecticut’s legalization of adult, retail sale and use of recreational marijuana will ultimately have unintended consequences to the youth of our community,” reads the letter. “As stewards of our school staff and student body, this type of ordinance will have the potential of impacting students by allowing an increase in access, availability and opportunities to use marijuana regardless of the legislated age limits. The signatories below agree that if the ordinance has the potential to impact even one member of our scholar and school community, then that is too steep a price to pay for economic development.”

The public hearing is slated to begin at 5:30 p.m. in the lower levels of the Bristol Public Library. City officials anticipate two such meetings to be held addressing the issue of recreational cannabis sales. The meeting can also be attended digitally via a Zoom link in the meeting’s agenda on the city website.