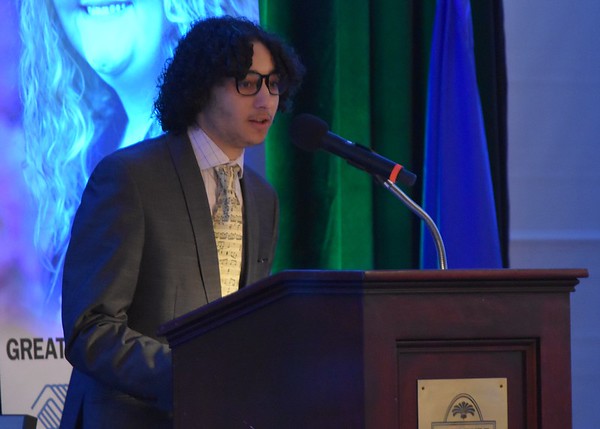 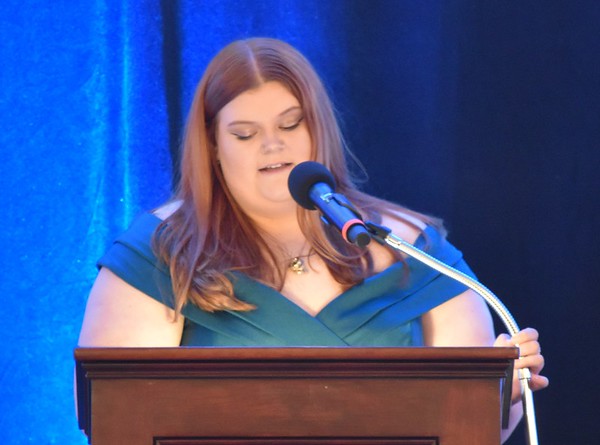 Dean Wright | Staff Brianna Parker, National Youth of the Year 2021, said she wishes to help youth as a social worker. Buy this photo 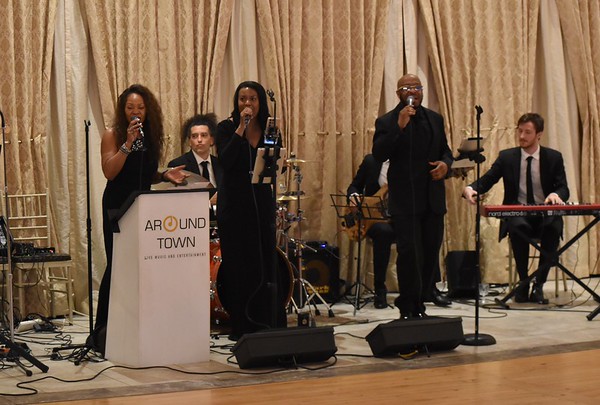 Dean Wright | Staff The first Paint the Future Gala served up musical entertainment with the New York-based performance group After Party and food in support of the Boys & Girls Club of Bristol. Buy this photo

SOUTHINGTON – In celebration of youth success and the continued mission of the Boys & Girls Club of Bristol, supporters gathered for the first Paint the Future Gala where prominent youth voiced how the club affected them for the better.

“Typically, we do a golf tournament which does bring in a lot of funds,” said Boys & Girls Club CEO Tamara Carlson,” but as we know with the pandemic and with all of the mental health, social and emotional things that children need, obviously we need to bring in more funds to the club. This is a great way to have everybody come together and get to know some of the inspirational stories and the impact our kids have.”

Carlson noted that Paint the Future was one of the club’s newest and larger fundraisers which it hopes to continue into the future.

“Josias, Brianna and Gabriella make me have chills every time I hear them speak,” said Carlson. “They are folks I’ve always said that I will follow for the rest of my life with what they’re doing because they’re certainly those kinds of folks that make you want to do better in life by knowing them.”

Reynoso spoke on the importance of recognizing neurodivergence and overcoming ableism. He said joining the club had placed him in his first leadership role teaching technology and STEM activities to other club members, and as time went on, he received more responsibilities and improved as a person. He credited club staff with being mentors.

“I work with so many youth, many of which are on the spectrum,” said Reynoso. “When I interact with these kids and I see their interaction with peers, I relive all the struggles I had when I was a child.”

He continued saying he was going to be a tech teacher with the goal of empowering such youth.

Parker, a fellow National Youth of the Year, like Reynoso, thanked the club and those who supported its endeavors. Parker said she had also overcome unique challenges in that when she was born, she was born addicted because of her mother’s substance usage.

“I went through situations at a young age which caused me to grow up way faster than I should have,” she said.

She was introduced to the club at the age of nine. She said her grandmother took care of her life needs and the club provided encouragement, love and support she needed.

“The club gave me purpose,” she said. She noted she was studying social work and wants to further empower youth in her future.

Vincente, like the others, shared her story of adversity, one where she worked to overcome a learning disability and credited the club with its support.

“I was shocked to hear the word learning disability,” she said. “I knew I struggled with my school work, but I never thought anything of it.”

The Club Youth of the Year for 2022 was introduced to the Boys & Girls Club at the age of six.

“I’ve been going to their summer camp for as long as I can remember,” said Vincente. “It was my happy place.”

She noted the club had taught her to better herself and others and as a Youth of the Year, she hoped to attract more youth to Boys & Girls Club programs and to also encourage youth who might have a learning disability to not be afraid of who they are.

“At the club, you are not seen by what disability you may have, but the greatness we share with each other,” said Vincente.

Donovan Clingan, a member of the state championship boy’s basketball team for Bristol Central High School and upcoming player slated to play for the University of Connecticut Men’s Basketball Team in the near future, was also recognized as an exemplary club member. His jersey number with the club, number 32, which he wore in his mother’s honor, was retired during his recognition. He thanked the club and his family for their support. He encouraged Biddy Basketball All Star players to stand and lauded their work this past season.