Forestville Memorial Day Parade to be bigger and better 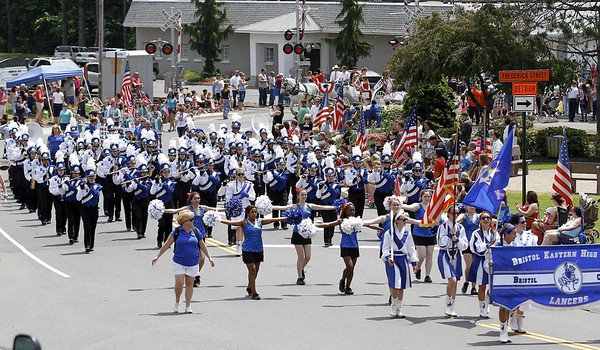 The parade committee, which is chaired by Bob Getz, treasurer of American Legion Post 209 and includes members of the Forestville Village Association and other town residents, has gathered more organizations than ever to participate.

â€śWe used to have it at the same day as Bristolâ€™s Memorial Day Procession,â€ť said Getz. â€śWe donâ€™t want to compete with Bristol â€“ we want people to go to both.â€ť

Getz said the parade will include military personnel, fire responders, two fire and drum corps, marching bands, antique and classic cars, a dance troop, and local Boy Scouts and Girl Scouts. Additionally, Moonracer Farms will have a horse and rider contingent and Wood Acres Farm will have horse and carriage rides with the Miss Forestville winners.

â€śThe Bristol Auto Club will have a classic car show before the parade starting at noon and they will then participate in the parade,â€ť said Getz. â€śThe fife and drum corps will be the Chester Fife and Drum Corps and the Connecticut Patriots Fife and Drum Corps. The Bristol High School Marching band will also be in the parade. St. Paul Catholic High Schoolâ€™s band will be playing from atop a parade float and St. Matthew School will also be participating.â€ť

The parade route begins at the formal Forestville train station across from Nuchieâ€™s and goes up to Church Street to Washington Avenue. It then turns right and continues on to Central Avenue before ending at Quinlan Park. There, a brief ceremony will be held and a wreath will be laid on the memorial.

Brian Avery, commander of American Legion Post 209, said that the parade is a â€śbig community eventâ€ť and that lots of people have encouraged the Legion to help keep it going.

â€śWe want to get it as big as possible and continue it for generations to come,â€ť he said.

There is still room for others to participate in the parade. For more information, to become involved in the parade or to suggest ideas to the parade committee, visit www.americanlegionpost209.com .