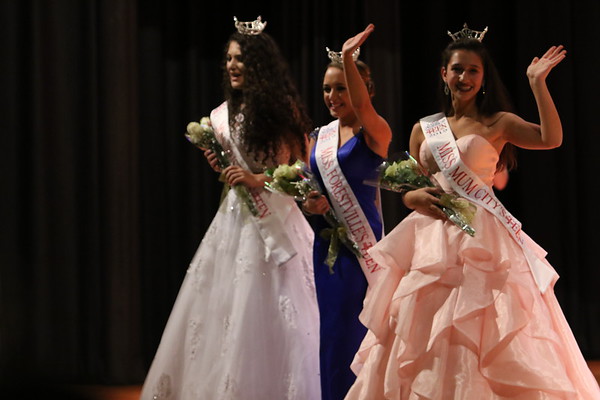 BRISTOL – A new group of motivated, inspired young women and girls is set to begin making a positive impact in the community through 2019.

That would be the 58th annual Miss Bristol/Forestville Scholarship Organization, which crowned five winners at its yearly pageant competition Saturday evening at Chippens Hill Middle School.

“It was an amazing night,” Coordinator Linda Lubrico said Sunday. “It’s always so bittersweet to have to say goodbye to the girls who have spent the last year with me, but exciting to start again with a new group.”

She’s been making that transition every fall for the last nine years, as long as she’s been working with the organization. Throughout 2019, the newly-crowned group will volunteer in different capacities around the community.

As the new Miss Forestville, Bianca, currently a sophomore at Trinity College, will be working on providing sports and recreational opportunities for people with disabilities.

“I’m really inspired by my twin brother Brandon, who is on the autism spectrum,” she explained. “I absolutely love working with people with disabilities.”

“Last year was my first year doing pageants and I won runner-up,” she remembered. “I was bummed but I knew I just had to push myself harder until I was able to win the title I was working so hard to get.”

Barrows spent the entire last year preparing for the role.

“I bettered my social impact, I bettered myself mentally and I came in with a smile on my face and did my best,” she said. “It didn’t let me down.”

She is studying to be a pediatric physician’s assistant, her dream since she was a toddler.

Lubrico was proud of all the girls who participated in this year’s competition.

The new group was introduced to the community at their first outreach event Sunday, the Special Friends Christmas Party at the Bristol Elks Club.

“The girls had a ball,” Lubrico said.

The group will make appearances throughout the year at community landmarks including the New England Carousel Museum, Imagine Nation and the Bristol Boys & Girls Club. Their next event is the Forestville Carol Sing Dec. 18.