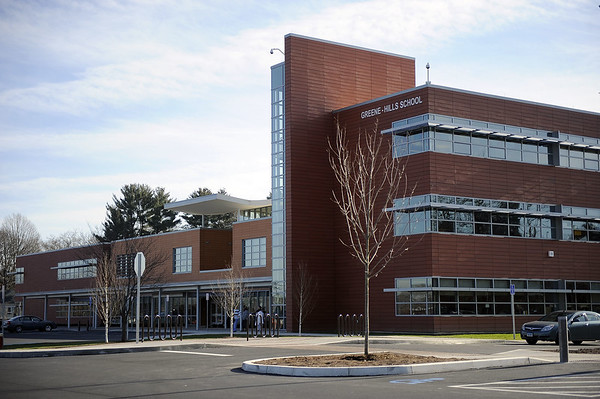 BRISTOL â€“ The Bristol Police Department has confirmed it is investigating a report of a teacher â€śinappropriately touchingâ€ť a student at Greene-Hills K-8 School but at this time no arrest has been made.

Principal Scott Gaudet, sixth grade science teacher Timothy Hokanson, and school counselor Sheila Therriault have been put on paid administrative leave in connection with the investigation, which is being conducted with the Connecticut Department of Child and Family Service.

On June 7, police received a complaint from DCF of an incident that occurred at Greene-Hills involving a male teacher and a female juvenile student, according to the police statement. â€śThe allegation involved the teacher inappropriately touching the juvenile student.â€ť

As part of the investigation, police are looking into whether school staff complied with state statutes for mandated reporters, police said. â€śDue to the ongoing investigation, the BPD will not be releasing any further information.â€ť

â€śThe Bristol Board of Education has taken the appropriate precautions to ensure the safety of the students,â€ť police said.

No details of the investigation have been released.

The Bristol Public Schools learned recently of an investigation, opened following a report filed by the school to the Department of Child and Family Services (DCF). As soon as my leadership and I became aware of the investigation, three employees were placed on administrative leave pending the outcome of the investigations. They include principal Scott Gaudet, Mr. Timothy Hokanson, grade 6 science teacher, and Mrs. Sheila Theriault, school counselor. Given the serious nature of the allegations, both the Department of Children and Families and the Bristol Police are investigating this matter. The District has cooperated and continues to cooperate fully with both the DCF and Police investigators. The Bristol Public Schools take allegations of this nature extremely seriously and will take any and all appropriate action should an investigation determine that any of our employees engaged in misconduct or failed in their role as mandated reporters. The Bristol Public Schoolsâ€™ utmost priority remains the safety and well-being of our students. We will continue to keep school community members apprised of further developments to the extent permitted by law.

The school year will begin with a substitute teacher for students in Mr. Hokansonâ€™s classes until the investigation is completed.