Exposing a cult: Former members discuss life in 'The Work' 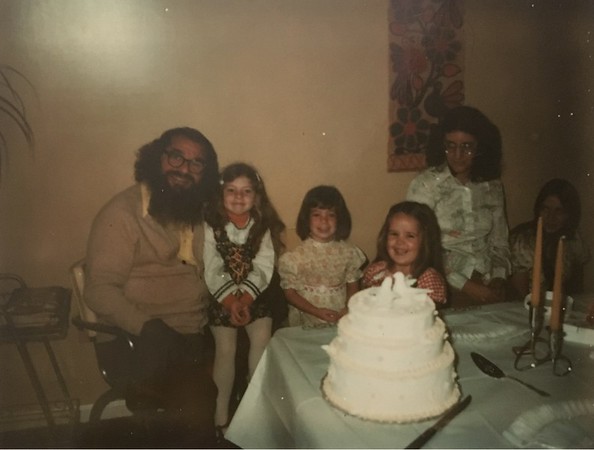 Sarah Ficca, 3, in this photo, sits on the lap of Julius Schacknow, known as “Brother Julius,” during a birthday party. | Submitted photo Buy this photo

Sarah Ficca, 3, in this photo, sits on the lap of Julius Schacknow, known as â€œBrother Julius,â€ during a birthday party. | Submitted photo Buy this photo

File photo Sorek Minery with his attorney Michael Isko during his arraignment on murder charges at New Britain Superior Court. Buy this photo

Connected by a harrowing past, Sarah Ficca, Rick Keegan and Lisa Guerci watched with a sense of relief and horror, the unfolding arrests this week of two men accused in a 2004 killing tied to the late “Brother Julius” Schacknow, the self-proclaimed “Sinful Messiah” and his cult.

As former members of the cult, which followers simply called “The Work,” Ficca, Keegan and Guerci each joined the group in a different way. They came to live in central Connecticut to follow Schacknow in the 1970s. Schacknow died in 1996.

All three former cult members now live outside the area, but said their memories of their past involvement with “The Work” came flooding back when police announced the arrests of two men tied to the cult and the death of a cult leader.

Sorak Minery, 42, and Rudy Hannon, 72, are accused of killing Paul Sweetman, a Southington resident, in July 2004, placing his body in a freezer and then cutting up the remains and burying them in various places in New Britain. The warrant for Hannon’s arrest indicates that the men believed Sweetman’s wife, Joanne, was the “Holy Spirit” and that the Southington man who oversaw the multimillion dollar financial empire Schacknow built was “hurting” her.

According to cult members, Sweetman was the “Chief Apostle” in Schacknow’s organization.

Ficca came forward Thursday after the arrests to tell her story, she said, in the hopes of explaining to people that those who joined the cult deserve empathy.

“We were abused,” Ficca said. “Sorak Minery was two or three years younger than me. He grew up in the cult. We considered him a younger brother. He was sweet and quiet. There was sexual abuse, there was mental abuse on a daily basis.”

Ficca said she believes she was the first child born into the cult. “My mother was very proud of that,” she said. Ficca said she was sexually abused but also explained that the mental abuse was far harder to deal with.

She said she is hoping to have her book “Jesus Girl,” a memoir about her experiences with Schacknow, published. The memoir is titled after the nickname the children called her when she was allowed to attend public schools while living in Bristol, Plainville, Southington and Plymouth, but still as a member of the cult. In the books she details her childhood memories of her life as a “true believer” of Schacknow.

Like Keegan who joined the cult after hearing Schacknow preach in a majestic outdoor setting in 1971, Ficca’s parents came to follow the charismatic leader after hearing him speak. “They had been hippies,” she said. “They were on the fringe, they did yoga, they pursued many forms of religion.”

As a child in the cult her actions were tightly structured. The children - she estimated between 50 to 100 - attended “survivalist camp” to sharpen their skills for the end of the world, which they were told could happen at any minute. “I always carried food, a knife and other items needed,” she said. “What’s really sick is that I still do it.”

Ficca, who is now a 46-year-old Emmy Award-winning video artist, was told to leave the group by Schacknow when she was 20. “I want this story told, it needs to be exposed. The cult-like thinking is dangerous,” Ficca said.

Guerci was 5 years old when her mother insisted that the family move to Connecticut to follow Schacknow, she said. The 52-year-old freelance photographer has vivid memories of the bullying tactics used by Schacknow to keep members in line. He allegedly had seven mistresses and the other female members who wanted his favor would follow Schacknow’s lead and bully those who had been singled out by him, she and Keegan said.

“My life as a kid was a whirlwind of meetings,” Guerci said. “We were brainwashed, as teens we were very insulated.” She doesn’t recall being molested but did remember the time when she was 13 that Schacknow sexually “propositioned” her. “He used to arrange little-kid marriages,” she said. “There was a lot of sexualization.”

Joanne Sweetman, who passed away in 2011, would instruct female members on how to sexually please their husbands, Guerci said. The cult arranged marriages between members, including hers, she said. She wasn’t allowed to finish high school when the family moved to Prospect because “education was for whores.” She no longer has a relationship with her mother or brother because they are still part of the last vestiges of the cult in Connecticut who still meet and have leaders called “apostles.”

“This blows families apart,” Guerci said. “We have no sense of family. I want this blown up. I want to talk because it affected my entire life.”

Keegan was 19 and wrestling with his sexuality when he first heard Schacknow preach. “I was very Catholic and I was fighting being gay,” the 66-year-old said. “He told me he could help me with that. Within six months I was brainwashed.”

Keegan and his sister joined the cult in 1971. At the time, he said, it was “hippies, long hair and beards. It was very loving, very innocent.” Over time, it became manipulative as members tried to leave, Keegan said. The group believed that Schacknow was the Messiah. He told members that he inspired the theatrical production and movie “Jesus Christ Superstar,” Keegan said. “He told us, I inspired that movie because I knew I was going to return in this time period,” Keegan explained.

Schacknow would often act as the “bad cop,” singling out members who had committed offenses, while Paul Sweetman, was the “good cop,” Keegan recalled. “I enjoyed Paul’s meetings because Paul could make the Bible personal to you,” he said. Keegan’s sister struggled with mental health issues and left the cult in 1973. Their parents got her help and she was doing well until 1980 when she took her own life after a relapse the year before, Keegan said.

Schacknow would attribute drug addiction, suicides or other issues formers members had as an example of what happened to people who left the cult, Keegan said.

In 1986, Keegan had taken a second job because working for Schacknow’s company real estate and construction businesses didn’t pay enough to meet his living expenses. He was in a cult arranged marriage with a 5-year-old son, Keegan said. “I started working at a restaurant in Hartford and the staff befriended me,” he recalled. One night they asked him to go out to a bar where he had his first taste of liquor - at age 39. “I started having fun,” Keegan said. “Paul Sweetman found out and sat me down and said Satan is bidding very high for you.”

Sweetman told him that he was going to end up with AIDS or like his sister, Keegan said. “I had $50 in my pocket, so I drove to Provincetown and had my first gay experience,” he said. Based on the teachings of the cult, Keegan expected to be struck by lightning at any minute, he said. “When that didn’t happen, I left the cult a week later,” Keegan added.

Although he has sought counseling and read extensively on cults, more than 30 years later, Keegan said he still has dreams regularly that he’s at a meeting and Paul Sweetman or Schacknow is preaching. He also dreams that he’s late to work and that Joanne Sweetman is chiding him. “I probably will have these dreams the rest of my life,” he said.

Minery and Hannon were held on $2 million bond after their arraignments in Bristol and New Britain this week. Both men were charged with murder and felony murder in Paul Sweetman’s death.

Lisa Backus can be reached at 860-801-5066 or Lbackus@centralctcommunications.com.