Martin and Wright battle for the 31st Senate District 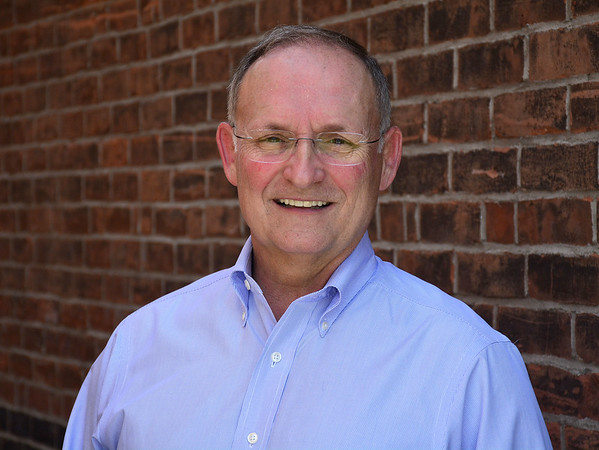 BRISTOL - Republican incumbent Henri Martin is being challenged by Chris Wright for the 31st Senate District.

Martin, owner of Henri Martin Real Estate and Broad Street Self Storage, is seeking his third term as a state senator. A two-term Bristol city councilman, Martin graduated from St. Anselm College, in New Hampshire, and attended classes at the University of Hartford.

Wright, a 1991 graduate of Central Connecticut State University with a degree in economics, worked for the FDIC in the division that closed banks. He also attended seminary studying for the ministry. He is employed in the emergency room at St. Francis Hospital, in Hartford, where he does patient registration.

Speaking on what he considers his best accomplishments in office, Martin said he helped reverse a decision made by the Board of Paroles and Pardons to release a man who had killed a Plainville police officer. He then, he said, “spearheaded legislation to reform Connecticut’s parole system,” which included a new process for notifying victims and their families of parole hearings and other measures.

While in office, Martin said he also worked to pass a law that requires the Department of Children and Families to make more thorough assessments in cases that are considered low risk, offer services and provide the legislature with regular reports about the low risk program. This was done following the 2014 death of 2-year-old Londyn Raine Sack, of Terryville, whose mother had a number of neglect complaints against her and was still considered low risk, Martin said.

Martin has also worked to get veterans who suffer the effects of trauma the services they deserve, he said.

“My most proud political accomplishment was working with Frank Nicastro and Tom Colopietro to keep Bristol Tech open in 2009 when Governor (Jodi) Rell and the Republicans tried to close it,” said Wright, a former state representative.  “Bristol Tech is a vital part of our economy and our community in the greater Bristol area, and saving it from Republican budget cuts has allowed students to continue their education in Industrial Arts without interruption.”

“The state’s fiscal instability has resulted in year-after-year budget deficits, high taxes, and the loss of business and people,” Martin said, when asked about the issues he sees the state facing. “We must identify duplicative services, consolidate agencies and legislative committees, and seek justification for programs. We must shrink the size and cost of government.”

“Clearly, the largest issues facing the state are the budget and our economy,” Wright said, when asked the same question. “These two issues are tied together and cannot be separated.  In order to solve (our) budget issues we must grow the state economy.  One avenue to do this is manufacturing. Over 6,200 people in Bristol alone work in manufacturing, making it the largest single sector of our economy.”

Wright said state officials need to work with manufacturing to make sure they thrive, he said

“A second avenue to economic growth is the financial services sector,” Wright said. “Taken together, the insurance companies based in the Hartford area and the hedge funds based in Fairfield Counts employ tens of thousands of Connecticut residents and bring in billions of dollars in tax revenue.  We must work with them to ensure their continued presence and growth here.”

“A third is medical research, Wright continued. “Central Connecticut scored a huge win when Jackson Labs decided to locate their new research facility in Farmington and the state should step up its support of STEM education to support Jackson Labs and other biotech companies that might be interested in locating here.”

When asked about his main goal should he remain in office, Martin said, “Balancing the state budget, reducing spending, and reducing expensive and unnecessary regulations are certainly at the top on my list. We have to restore people’s and businesses’ trust in government. We can only achieve that by proving that we are serious about addressing the state’s financial problems, living within our means, and providing the core services vital to our state and its residents.”

“We can bring back Connecticut’s economy, businesses, and jobs,” Martin continued. “We can make our state a great place to live, work, and raise a family. I am committed to taking the steps that will make that happen.”

“My main goals on taking office will include holding the line on spending and to grow the economy in order to avoid further tax increases,” Wright said. “I will work to make sure that my constituents have access to quality, affordable health care.  I will work to make sure that our children receive the education that they will need to be competitive in the future that they will be living in and I will also make it a priority that our seniors and veterans are treated with the respect and dignity that they deserve.”