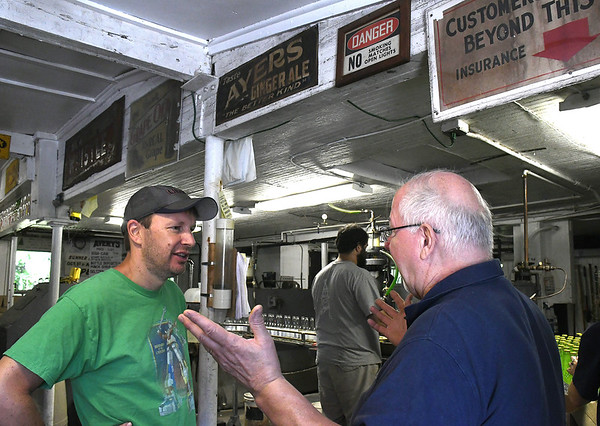 7/7/2018 Mike Orazzi | Staff Connecticut Senator Chris Murphy walks along Route 372 on his way to Avery Beverage during part of this walking tour of the state Saturday. Buy this photo 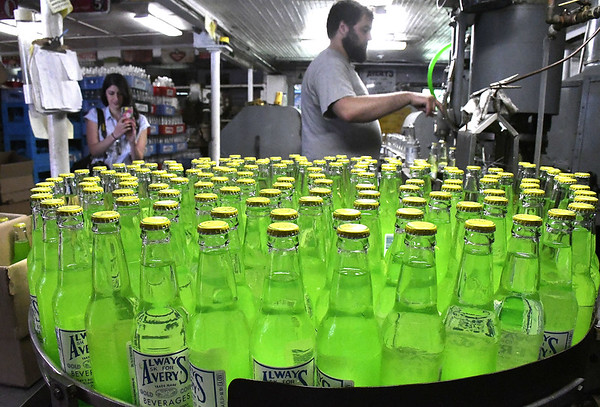 Murphy began his walk Thursday in Hartford and will be walking through New Britain and Berlin to Meriden where he will be conducting a town hall meeting.

Dressed in shorts and a green Voltron T-shirt, Murphy said that he stopped to chat with state residents along his route.

â€śI met some pretty fascinating people and I stopped in to visit a lot of small business owners,â€ť he said. â€śWhat I heard from a lot of people is that they are struggling to make ends meet. I spoke to one man who was working two jobs, 60 hours a week and he was still struggling to pay the rent. I also spoke to a New Britain woman who had a brain tumor and who had exhausted her savings paying for medical marijuana because it wasnâ€™t covered under her provider.â€ť

Murphy added that he had also spoken to several people who were â€śvery emotionalâ€ť about the handling of illegal immigrant children at the border.

Murphy said that he decided to stop at Averyâ€™s because he had grown up drinking their soda as a child living in Wethersfield. Once he stepped inside, he was greeted by General Manager Rob Metz who showed Murphy that he had made soda bottles with â€śWalk Across Connecticutâ€ť labels.

â€śI feel like Iâ€™ve finally made it,â€ť Murphy joked. â€śI donâ€™t know if it can get any better than having your face on a soda bottle.â€ť

Metz showed Murphy how the soda was bottled on an assembly line machine built in the 1950s. He explained that they make between 15 and 50 crates of soda at a time, which takes between a half-hour to two hours. The bottles are then distributed all over the country.

Murphy observed that Averyâ€™s, despite having been founded in 1904, was benefitting from the recent uptick in the popularity of craft beverages.