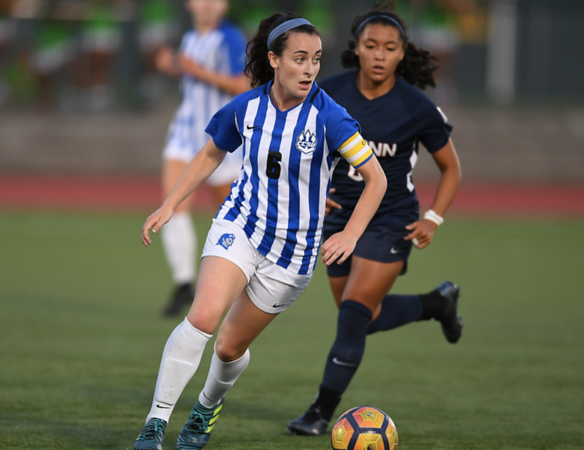 The Blue Devils had a first half score from midfielder Roma McLaughlin in the fifth minute of play, putting Colgate on its heels early.

Eighty five minutes of stout defense kept the Raiders off the board as Amanda McQuillan made nine saves for the clean sheet. In total, the Raiders had 14 shots while CCSU had 11, only two finding their way on net.

Only one player was booked for a card in the contest. Abby Chase received a yellow card in the 86th minute.

CCSU next plays Oregon State at noon on Sunday to conclude a four-game home stand.

The senior defender tallied two assists and a goal across two games last week, tying teammate Roma McLaughlin in points (five) for the team-high. She also leads the club in assists.

Bardes' two assist game against Albany to open the season helped the Blue Devils get their first win of the season. In the following game she opened the game with a goal en route to a 2-1 win over University of New Hampshire.

In Friday's contest Bardes did not score a point, but played as part of a back row that helped the Blue Devils earn its first shutout of the season.