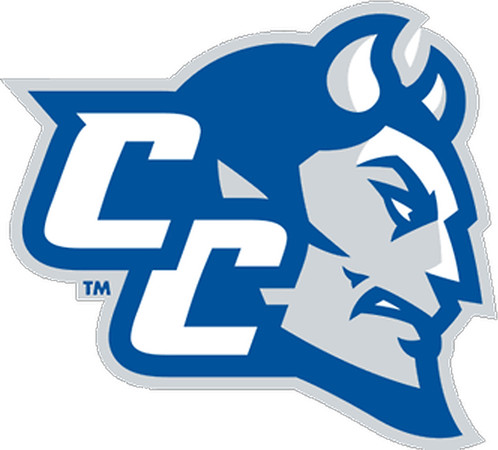 Freshman lefthander Jake Neuman closed out the win with 4 2/3 innings of work, allowing four hits and one earned run. A lineout by Bryant’s Tommy Ditullio where CCSU shortstop Matt Bertochi made a leaping grab clinched the win for the Blue Devils, which will send them to the NCAA Div. I tournament.

After a lengthy rain delay to hold back the game, play was able to get underway in Norwich.

Hunter Pasqualini delivered an RBI single in the fourth inning to tie the contest up at 1-1 after Bryant struck first, and a Dave Matthews double to score Jay Devito from first gave CCSU a 2-1 lead, which it never surrendered.

In the seventh inning CCSU extended, getting an RBI single from Noah Martinez.

The Blue Devils then reaped the benefit of a John MacDonald balk, and followed it up with a Sam Loda sacrifice fly to score Martinez.

Bryant’s rally came too late in the game, getting two runners on early in the ninth. One run came across on a sacrifice fly, as Neuman held strong, getting a little help from his defense to clinch the win.

Only one Blue Devil had multiple hits with Buddy Dewaine ending the night 2-for-4. Devito scored twice, leading the team. CCSU capitalized with authority, scoring five times on six hits, but left nine on base.

Bryant had 11 hits, one run and committed two errors. It left 15 on base.

“It wasn’t pretty, but it was pretty fun,” said CCSU head coach Charlie Hickey before getting a Gatorade shower.

It’s the seventh NCAA tournament for Hickey, and is the third NEC title in four seasons.