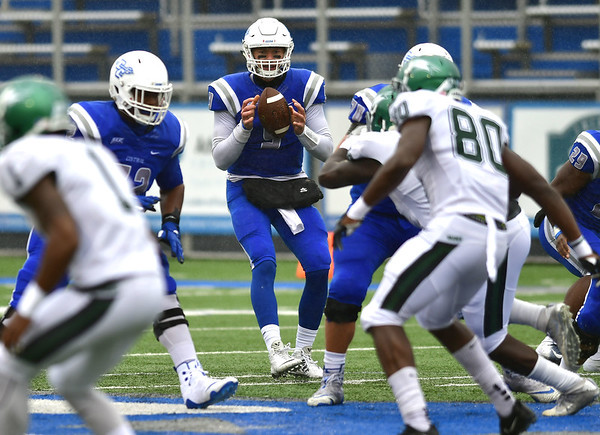 Jacob Dolegala is looking for a new NFL home.

The former Central Connecticut State quarterback was waived by the Cincinnati Bengals on Saturday, Tom Pelissero of the NFL network reported.

The move leaves the Bengals with just two quarterbacks on their roster - 2020 No. 1 overall pick Joe Burrow and Ryan Finley, a 2019 fourth-round draft pick. They also cut fellow quarterback Brandon Allen on Saturday. Allen was signed by the team on Aug. 1.

Dolegala, a four-year starter for CCSU, set school records in passing yards (8,129) and passing touchdowns (48), and helped lead the school for an NEC title in 2017 - the school’s first since 2010 - as well the program’s first-ever FCS playoff berth. Cincinnati took notice and showed an interest in the NEC product.

The 6-foot-7 signal caller signed with the Bengals as an undrafted free agent in 2019 and made the Bengals’ active roster, but was only active once during the season.

Dolegala could still be an option for the Bengals’ practice squad. Cincinnati is still two players shy of the 16-player limit.