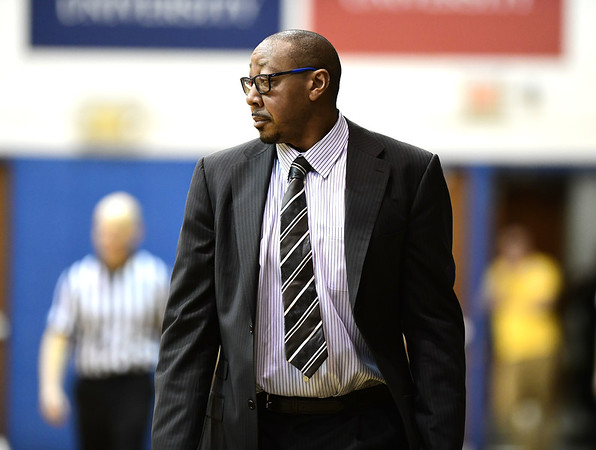 NEW BRITAIN - There are few teams in the nation that experienced more roster turnover in the span of one offseason then the CCSU men’s basketball team.

Following a last-place finish in the NEC last year, the Blue Devils brought in 10 new faces for the 2019-20 season, including seven freshmen and a trio of transfers that will look to begin a new era under head coach Donyell Marshall, who is entering his fourth season with a new-look squad that isn’t interested in using their noticeable youth as a reason to label the season as one of rebuilding.

“We have a young team, but we’re not using that as any excuse,” Marshall said. “Those are good players in that locker room when they’re playing together.”

Marshall may have confidence in his young core, but there will likely be the normal growing pains that come with an inexperienced squad, especially given how much playing time his freshmen are expected to see. In Tuesday’s season opener against Hartford, the Blue Devils trotted out four underclassmen in their starting five, and five freshmen saw significant playing time in a 74-59 loss at home.

The inexperience of the group showed in the form of 19 turnovers, including five traveling violations, and a bit of over-aggression on the defensive end in the second half, which led to Hartford hitting the bonus less than eight minutes into the half.

“I think that came with being selfish,” Marshall said. “Your travels come from you being antsy for you yourself trying to score instead of running our pick and rolls and getting into the passing lanes.”

CCSU may have been thinking a step ahead from where it was on the offensive end during Tuesday’s loss, but Marshall is still preaching high tempo to his group, even if it leads to mistakes early on. Marshall has encouraged a fast pace on the floor for much of his time coaching the Blue Devils, including last season. In 2018-19, CCSU ranked 101st in the nation, landing in the top third overall in the country, in adjusted tempo, averaging 69.1 possessions per 40 minutes, per KenPom. Despite the pace, the results didn’t translate, as the Blue Devils ranked 301st out of 354 teams in the nation in adjusted offensive efficiency, averaging 97.2 points per 100 possessions.

The elusive results from 2018 showed themselves in a dominant 104-64 win over Coast Guard in exhibition play last week, but Tuesday was a reminder that there is still plenty of work to be done.

If CCSU is to learn from its loss in the season opener and eclipse its 10th-place showing in the conference preseason poll, it will need its freshmen to grow as the season moves along.

Jamir Reed showed promise on Tuesday with 13 points on 5-for-7 shooting off the bench, and ESPN college basketball analyst praised the play of freshman Greg Outlaw after the win over Coast Guard, and he tied Reed’s team-high 13 points on Tuesday while playing a team-high 32 minutes. Myles Baker showed his age with a 1-for-6 showing from the 3-point line, including multiple heavily contested shots, but Marshall came away from the loss encouraged that his group now had tangible evidence of what needs to be improved if this new era in New Britain is going to start off right.

“Sometimes you need things like this in order to show them,” Marshall said. “Especially with young guys. Sometimes they don’t hear you, so you have to show them.”

The only returning key contributor from last season is senior forward Jamir Coleman, who averaged 12.3 points per game and 6.1 rebounds last year. He struggled on Tuesday and managed just five points, but Marshall isn’t necessarily looking for Coleman to lead the freshmen he will be sharing the court with, in the box score or in the locker room. Coleman is one of many potential leaders that can surface as the year, and the team, matures.

“I’m looking for anyone to be a leader,” Marshall said. “It doesn’t have to be Jamir Coleman because he’s a senior. It can be anybody who’s willing to step up. Age doesn’t mean you’re a leader. A leader is just someone who comes out and works hard in every aspect of the game.”

Marshall is waiting to see what leaders show themselves, but he isn’t expecting answers after one game. With a roster dominated by youth and a program in the early phases of an extreme makeover, the Blue Devils are more focused on how they finish the season, and how the faces of their new era improve by the time conference play arrives.

“The first thing everyone said to me when I became a head coach is not to worry about game one,” Marshall said. “Just continue to get better throughout the season. The team that gets better is the team that ultimately has a chance to win.”