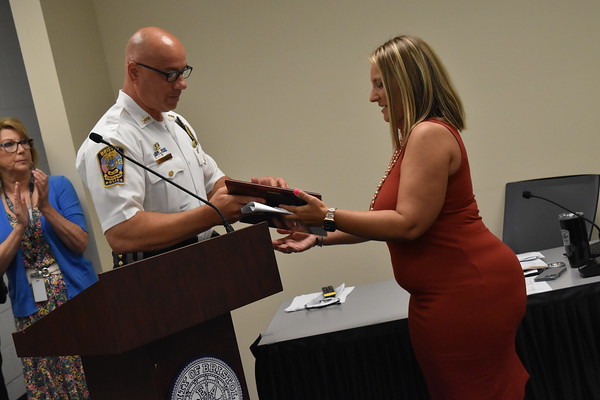 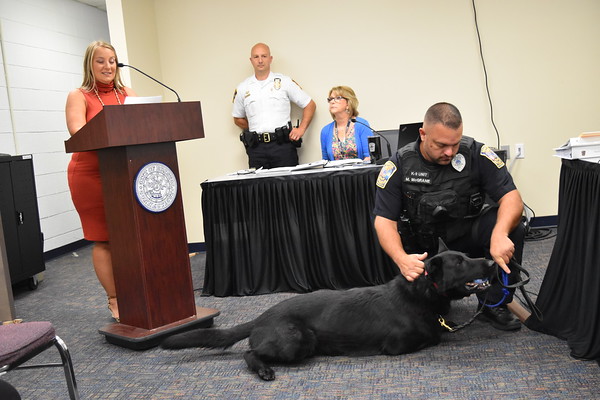 BRISTOL – In memory of the late Philip Vonella, a Bristol police commissioner, Unico member and Building Code Board of Appeals member, Operation Opioid will be returning as a 501(c)(3) nonprofit to help in funding the Bristol Police Department’s continuing need for quality canine officers.

Vonella’s daughter, Kristi Wright, addressed the Bristol Board of Police Commissioners Tuesday saying that her father’s foundation had returned and she and supporters would be taking up its mantle to support Bristol policing.

“Our hope is to not only continue what our father started, but to assist the Bristol PD in many years to come,” she said. “We have many plans on the table. As time changes and new laws and policies evolve, we will be working to support these changes. Our hope is to bring in at least one more canine as our dad wished. However, we also plan to help with the roll out of therapy dogs.”

As of June 22, Operation Opioid is an official nonprofit and in the coming weeks and months will be looking to partner with area businesses in donation collection as well as hosting fundraising events.

Vonella was known as a city official and for his operation of formal wear businesses and more. He was also a lifelong lover of the German Shepherd breed of dog. In his time serving the city, he had many conversations with Bristol Police Chief Brian Gould as he was concerned about combating illegal drugs in the city. He decided to start the nonprofit foundation Operation Opioid in 2018 to raise funds for the purchase of trained police dogs. Through business relationships and more, the foundation collected $50,000 in a year’s time. The department would go on to purchase Canine Officer Hunter who is handled by Officer Mark McGrane.

Operation Opioid’s founder would die of lung cancer in August 2019.

“I knew this foundation could not end because he was no longer here,” said Wright. “I knew we needed to finish what he started in acquiring a second canine. Over the years of covid, I have been raising funds on my birthday, his birthday and the anniversary of his passing. Due to the legalities of his passing, I had to reestablish the foundation in order to keep it going.”

Gould said he had a special place for Vonella in his memory because of his services to the city and he hadn’t met another businessman who could fit uniforms like the former commissioner.

Vonella was awarded a plaque posthumously for his service to the city which was presented to his daughter.

“Philip was not only a businessman in the City of Bristol but a humanitarian,” said Gould.

As shared at the meeting, Canine Officer Hunter has taken part in 20 narcotics searches, 35 warrant service actions where law enforcement was successful in taking a suspect into custody 28 times. Warrant service makes use of a canine when attempting to bring an individual with an outstanding arrest warrant into custody. Most times, the dog is utilized for felony or violent apprehension attempts. Hunter has also been utilized on 15 narcotics investigations outside of Bristol.

Hunter and his handler McGrane were recognized as Officers of the Month of June 2022.