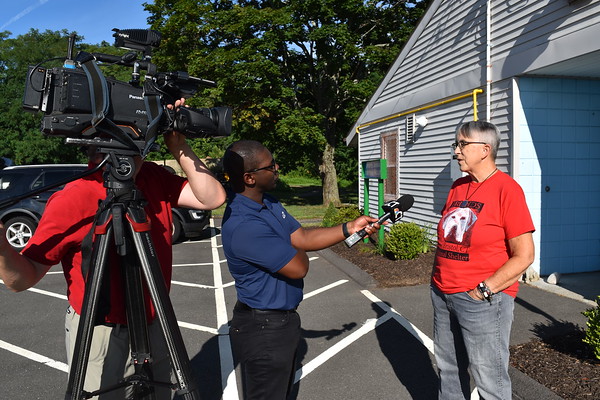 BRISTOL ‚Äì As the mission to find forever homes for Bristol‚Äôs canine population continues to be a challenge, the Bristol Animal Shelter is taking part in the 2022 Clear the Shelters initiative, led by the NBCUniversal Local division.

Clear the Shelters is a nationwide animal welfare donation and adoption event that started Aug. 1 and will continue until the month‚Äôs end. This will be its eighth iteration.

‚ÄúAdopting is really the best and only way to get the dogs out of the pound,‚Äù said Trish Ulin, president of the Friends of the Bristol Animal Shelter, who noted she worked with a number of nonprofits across the state to get dogs homes as soon as possible.

‚ÄúRight now, all the shelters and rescue groups are so full that they just aren‚Äôt able to help at this time. So the dogs now, we‚Äôre relying on people to adopt them,‚Äù she continued.

Ulin encouraged area families to consider if they could support having an animal and to reach out to the Friends of Bristol Animal Shelter to begin the adoption application process.

‚ÄúWe do a background check just to make sure there‚Äôs not a criminal history of animal abuse,‚Äù said the president. ‚ÄúWe do a home visit to make sure (applicants) actually live where they say they live and they have to either own the property or have the position of the property‚Äôs owner to have the dog.‚Äù

As of Friday, Ulin said to her knowledge the Bristol shelter had seven dogs.

‚ÄúIt‚Äôs a national campaign that the NBC and Telemundo stations take part in every year across the country and we really encourage individuals who have the means to come out and clear the shelters,‚Äù said NBC and Telemundo Connecticut's Marketing and Creative Services Director Kathy Clemens. ‚ÄúFor those folks who don‚Äôt have the means or the time to fit an animal in their home, we encourage people to make monetary donations to shelters or to an organization called a rescue.‚Äù

The director noted there were plenty of ways to give back and not necessarily to dogs. It could be birds, cats or any variety of pet as all unhomed animal companions need assistance.

‚ÄòRight now locally, we‚Äôre halfway through the event and that's why we were out at various locations (Friday) and we still encourage people to adopt and donate throughout the whole year,‚Äù she said. ‚ÄúOn average, we usually try to find 800 to 900 pets a home annually.‚Äù

An adopter of a rescued dog herself, Clemens noted her pet had made a positive impact on her life and that fostering was also a good option for individuals with the means to help if they weren‚Äôt set on fully adopting a pet at the time. For more information about the Bristol Animal Shelter, contact Ulin at friendsbristolanimalshelter@gmail.com.