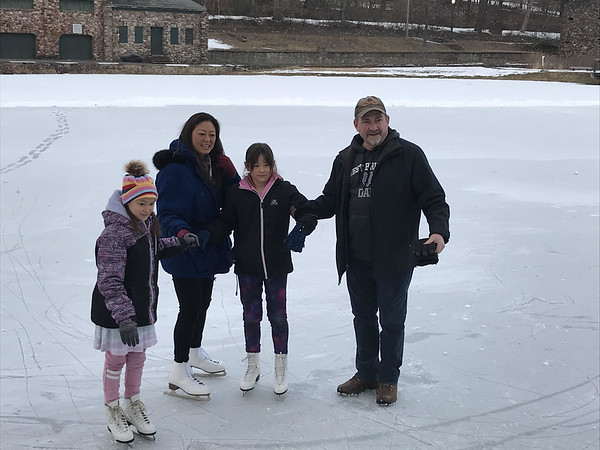 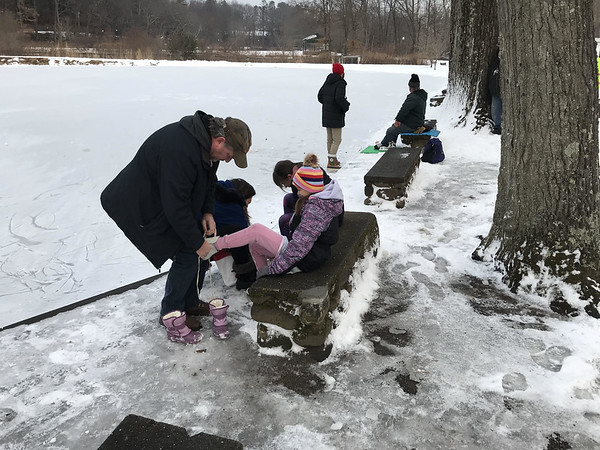 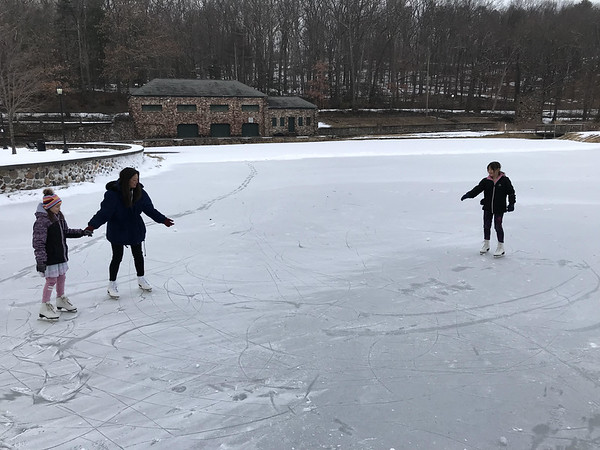 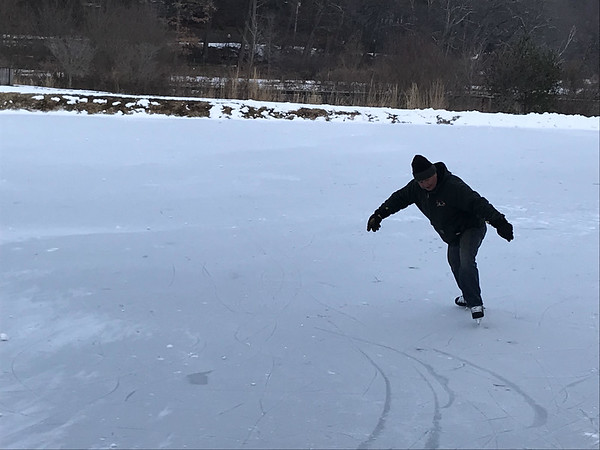 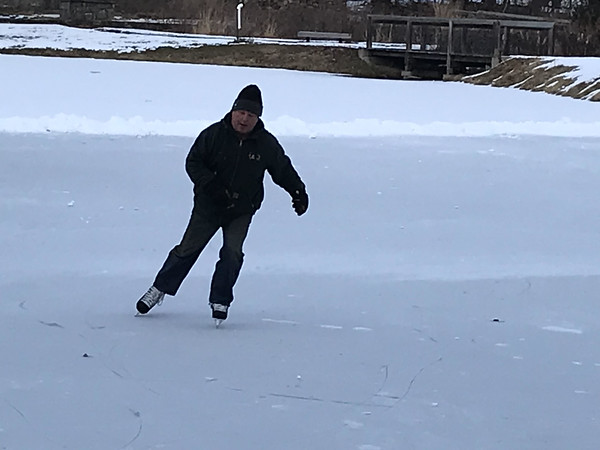 Friday’s pop-up ice skating event got off to a fun start with skaters immediately taking to the frozen pond at 4 p.m. It also saw the city's Parks, Recreation, Youth and Community Services Department offering hot chocolate and a fire to warm up with at the Mrs. Rockwell Pavilion.

First out onto the ice Friday was Parks Commissioner Lenny LaMothe, 67, who has been ice skating since he was 4 years old and showcased some of his practiced moves. He had also played ice hockey in high school growing up and once auditioned for The Ice Capades in Hartford.

“I lived 5 houses away from Rockwell Park growing up – it was basically my backyard,” he said. “I learned to ice skate here and I decided I had to come out to support the Department. I had worked there for 20 years before retiring in 2016. One of the first things I did after retiring was buy these $500 ice skates.”

LaMothe said that the ice was probably 10 inches thick and would last for some time.

“I’ve heard about a lot of people ice skating on the Farmington River too,” he said. “It’s nice to be able to skate on a pond instead of rink. You’re not cooped up. You can skate back and forth and stop where you want to.”

Amry Shelby, city recreation supervisor, was with LaMothe at the frozen pond Friday and joked that he probably would be a lot less graceful out on the ice. He invited ice skating enthusiasts to come down and enjoy themselves.

“It’s nice to be able to offer something like this, which we don’t typically do,” he said. “A lot of people probably cancelled their weekend plans with the storm, so this will be a nice way to enjoy their Friday before the snow comes.”

LaMothe and Shelby were soon joined by Lory Park-Knowles, Colin Knowles and eight-year-olds Keeva and Cailin – the first family to come out to ice skate Friday.

“We figured we would strike when the iron was hot,” said Knowles. “We came out to skate here a couple times last year and they had such a good time.”

Park-Knowles said that the girls have been longing for a good opportunity to ice skate after coming to the pond at Rockwell Park last winter.

“I didn’t think it would be possible,” said Park-Knowles. “We’ve been trying to reserve a spot at a lot of different places since December. This was a really good opportunity.”

The pond at Rockwell Park will remain open for ice skating as long as weather permits. City crews will be clearing the pond of snow after the Saturday storm.

The Bristol Parks, Recreation, Youth and Community Services Department encourages those who plan to skate at Rockwell Park after Friday's "launch" to check bristolrec.com for regular updates on ice safety conditions.