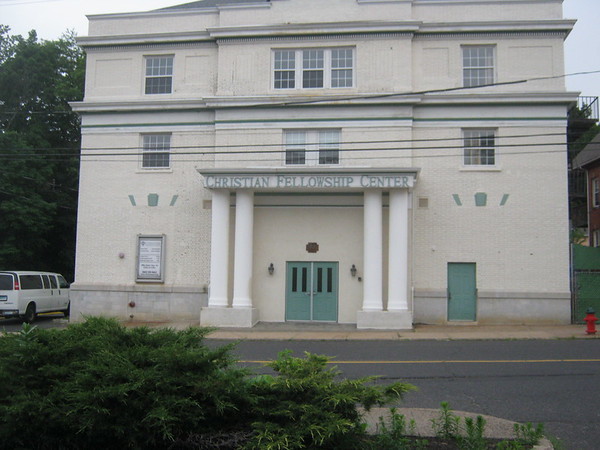 Comments from the ‚Äúgirls‚Äù on growing up with the entertainment and games of their days gone-by continue:

Frances, who I believe resides in New Britain as someone two years older than I, grew up in East Haven and wrote that ‚ÄúWe girls played with dolls, jumped rope, had tea parties, and did all the things boys did. We even had a basketball hoop in the backyard, but we didn‚Äôt use it in East Haven, because kids in East Haven did not play basketball.

‚ÄúWe played hardball. We liked to bat a ball around the yard making up rules as we went along, usually ending in going into a neighbor‚Äôs yard to get our ball. We also did all the things that children those days aren‚Äôt supposed to do, like climbing trees.

‚ÄúIf we got bored in the summer our parents would pack us a lunch and we‚Äôd go to the airport to see the planes come in, and then go to Nathan Hale Park to hang out until suppertime. That was the most fun.‚Äù

She added that there was a drop-off day camp in the summer and they‚Äôd meet friends at the playground, and that‚Äôsw much like we did at both Page and Rockwell parks here.

There was no TV when she was a kid, so they listened to Roy Rogers, Gene Autry and Sky King on the radio.

(Note: I recall watching Sky King on TV, and wishing I was Sky, because his niece, Penny, was a ‚Äúbabe,‚Äù even though she was much older than I was.)

Dorene, who I haven‚Äôt tracked down as far as her town of residence goes, wrote a lengthy email and I shared part of it last week. Here‚Äôs the second segment:

‚ÄúWe girls also spent enjoyable hours listening to 78 RPM records, which we played on the Victrola. There were no 45s or 33 and a third records in existence back then, not even ‚ÄòHi-Fidelity,‚Äô or TV. At times, we girls stayed inside and played songs on our tall black piano while singing along with the songs we played.

‚ÄúWe ‚Äògals‚Äô found lots of things to do. We sometimes played indoor board games like Monopoly, or card games like Fish. Steal the Old Man‚Äôs Pack, War, or Solitaire, and so forth.

‚ÄúMany days we would walk to the library three miles away to take out and return books. Then there were also the ‚ÄòWho Am I‚Äô guessing games.

‚ÄúWe enjoyed going to the movies, seeing those you mentioned, plus Shirley Temple, ‚ÄòThe Thin Man,‚Äô romances, detective movies and the ongoing suspense serials which would induce us back to the theater every Saturday out of curiosity as to how the continuous mystery played out until the final week.‚Äù

Dorene added that there were four-party telephone lines when she grew up:

‚ÄúIt was impossible to phone friends, because the line was usually busy with people on the other lines ‚Äòhogging‚Äô the time.‚Äù

There were no school buses to take the kids to school and back home. And despite the distance between home and school and the cold, wet winter weather, the class attendance was always good.