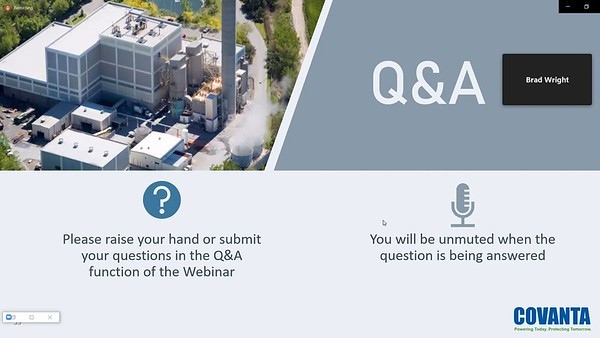 BRISTOL – Some city residents have expressed concerns regarding a proposed change to an industrial waste permit to include biomedical waste incineration at the Covanta Resource Recovery Facility at 170 Enterprise Drive.

After entering office, new Bristol Mayor Jeff Caggiano said City Hall was taking resident concerns into consideration and was researching what information it had surrounding the issue of the Covanta facility’s permit modification application and the potential effects of biomedical waste incineration to the area’s air quality.

Volunteer Coordinator Jodie Bechard of Bristol Residents for Clean Air, a nonprofit concerned with air quality in greater Bristol, said the organization and other like-minded individuals concerned about the potential burning of biomedical waste and its effects in the area’s air sent over 90 written questions to Covanta. Those questions were submitted in July and answers received in October.

Bechard said she believes many of the questions answered by Covanta did not adequately explain what Bristol Residents for Clean Air hoped to learn and the group remained skeptical the air in the greater Bristol area would not be affected by biomedical waste incineration.

State Senator Henri Martin said he held an informational meeting in October in the hopes of bringing area citizens together to ask questions of Covanta surrounding the issue of biomedical waste burning. Covanta representatives did not attend at the time, he said.

Former Bristol Mayor Ellen Zoppo-Sassu said the city had discussed biomedical waste incineration a number of times in public settings with Covanta representatives over the last few years, however.

A resident near the Covanta facility, Sammie Vasile, said the first time he heard about the potential for incinerating biomedical waste at the location was through an informational postcard given to him over the summer, a card inviting residents to attend the digital conference. Vasile said he has lived in the area for several years and felt residents should have been informed directly and more frequently as to the potential change. The resident said he had several concerns about the project.

The public digital conference was held with Covanta representatives in July, where questions were asked by members of the public in regard to the burn permit modification application. Covanta said it was following all state guidelines and the air quality around Bristol would not worsen due to appropriate filtration systems, protocols and that extremely high temperatures were used to destroy any potential pathogens.

According to the summer Covanta informational meeting, should the permit modification be approved, biomedical waste to not be allowed at the facility included anatomical waste such as human fetal tissue or cadavers. Things allowed though would be items like gauze, gowns and dressing, needles, scalpels, syringes, vaccines, residual vaccines, blood products, vials, pathological waste such as tissue samples and non-hazardous pharmaceuticals like IV bags, catheters, tubing and residual medications. Also potentially accepted would be “trace chemotherapy” waste such as gloves, curtains and personal protective equipment with less than “three percent contamination.”

Waste could be potentially accepted from medical facilities dealing with animals as well.

Further discussion said biomedical waste from Connecticut, Rhode Island, New York and Massachusetts could be sent to the Bristol facility as well.

“The permit application has capped the amount of (biomedical waste) that can be received to a maximum daily average of 57 tons over the course of 365 days. This is a maximum of 8% of the total annual processed tons, which would be a maximum of 20,805 tons of (biomedical waste) out of 261,340 tons of total waste processed per year,” said information former Bristol Mayor Ellen Zoppo-Sassu provided in an email.

Connecticut DEEP Director of Waste Engineering and Enforcement Division Robert Isner said the permitting application is still in technical review. After that is finished, DEEP will “publish a Notice of Tentative Determination to approve or deny the application; this notice opens a 30 day public comment period,” the director said in an email. Isner further said Covanta had first applied for the permit modification in March 2021 but had to engage in public information dialogue as part of the department’s environmental justice requirements prior to initiating a formal application.

Republican legislators Martin, of the 31st District, and State Rep Whitt Betts, of the 78th District, will be holding an informational meeting Tuesday at 6:30 p.m. in the Plymouth Town Hall and have invited representatives from Covanta, Plymouth municipal government, Bristol municipal government, the Connecticut Department of Energy and Environmental Protection as well as Bristol Hospital to attend. DEEP representatives said they have tentatively made plans to join the event.