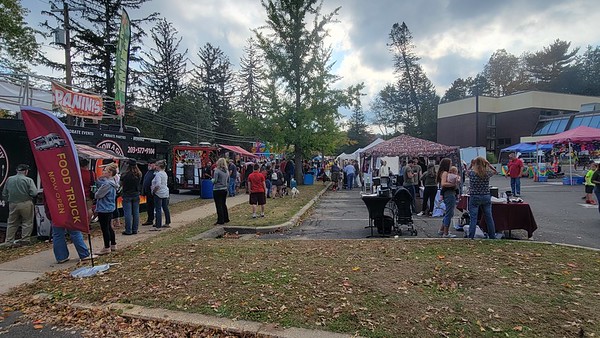 PLYMOUTH -- Plymouth celebrated 225 years of existence Saturday, despite a delay in the celebration due to the pandemic, with hundreds dropping by for a community block party.

Event Chair Chalaine Kilduff said last year an event had been planned for every month of the year but plans had to be delayed and organizers decided to throw a block party instead.

“Our biggest thing was trying to help out the small businesses who struggled so much through covid,” said Kilduff. “We first reached out to as many businesses in town as we could, the restaurants and other owners, to come and promote what they sell. Then it got bigger and more found out about it. We contacted food trucks, then we opened it up to anybody local. We ended up with 122 vendors.”

Kilduff said area churches and the Eli Terry Middle School assisted in the event along with the Terryville Public Library and Lock Museum of America. Area police were kind enough, she said, to raise money for a climbing rock wall.

“It became a huge family event,” said Kilduff. “A lot of people have asked us to make this an annual event because so many came out. We are hoping if we did do it again that it would be more centered around just celebrating the community than just an anniversary and we would make it a little longer.”