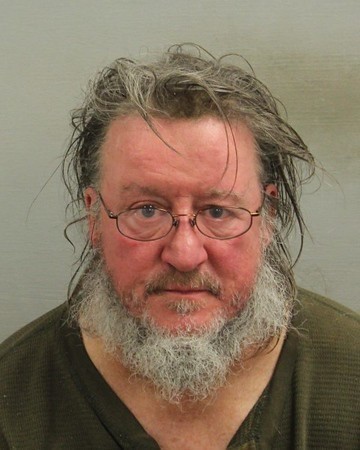 BRISTOL -- A city man who pleaded guilty to robbing a bank at knifepoint in January has been sentenced to a year behind bars.

Kevin Vontell, 58, of no certain address in Bristol, received the sentence during a hearing Thursday in New Britain Superior Court.

He was sentenced to 10 years in prison suspended after service of a year, followed by three years of probation. The sentence structure exposes Vontell to nine years in prison if he should be found guilty of violating his probation.

This comes after the 58-year-old in July took a plea deal and pleaded guilty to one count of second-degree robbery of a bank or credit union -- a felony.

Vontell had been charged with first-degree robbery and fourth-degree larceny in the bank incident, but those charges were not pursued.

According to police, Vontell robbed the Webster Bank on Farmington Avenue on Jan. 5. He brandished a knife and made off with an undisclosed amount of money before being pulled over less than a mile away from the bank, about two hours after the robbery, police said.

While in custody for the bank incident, according to police, Vontell admitted to robbing the Five Below retail store, located at 527 Farmington Ave., on Dec. 19.

In that case, the suspect entered the store around 8:45 a.m. and told an employee at the cash register “You need to give me $40.” The employee initially thought he was joking and said she did not have $40.

The suspect, according to the warrant, then said “You better find it.” The employee then noticed the man was holding a small knife. She handed over the money, and the suspect took it, thanked her and left.

No injuries were reported in that incident, either.

Vontell had faced charges of first-degree robbery and sixth-degree larceny in connection with the theft at Five Below. Those charges were also dropped under the terms of the plea agreement.