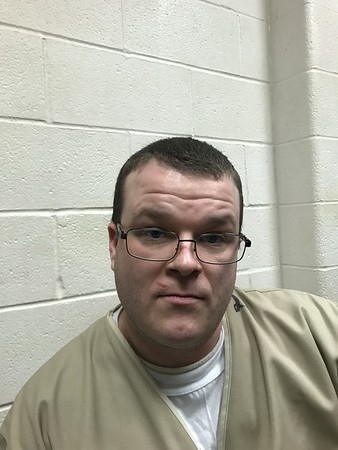 BRISTOL - A registered sex offender who formerly resided in Bristol has pleaded not guilty to accusations of engaging in oral sex with a 15-year-old autistic boy from Bristol.

During the hearing, he pleaded not guilty to both felony charges.

Frost, who is being held on $100,000 bond, is due back in court on Nov. 4. According to state police, he admitted to investigators that he went to a boy’s Bristol home in September 2019 and performed oral sex on him.

According to the arrest warrant, the investigation began in October 2019, when Frost’s parole officer contacted state police and said he was overheard by his halfway house roommate talking sexually over the phone to someone who sounded very young. Frost, the warrant said, admitted to having child pornography and conducting talks that were sexual in nature with the Bristol teen.

Frost was free on special parole at the time, having been convicted in 2016 of second-degree possession of child pornography. He was sentenced in that case to 30 months in prison, followed by 36 months of special parole.

During an interview in October 2019, the warrant said, Frost admitted that he exchanged photos with the teen that depicted each of their genitals. He also, the warrant continued, said he had been having sexual conversations with him for about two months and that their sexual relationship was “acted out online only,” as he was going to wait for the boy to turn 16 years old - the legal age of consent in Connecticut - before having sex with him.

Frost told police he had given the boy his “Obama” phone so the two could communicate, the warrant said. He also said he had deleted the conversations between them, according to the document.