MAYOR'S CORNER: All the colors of summer alive and well in Bristol 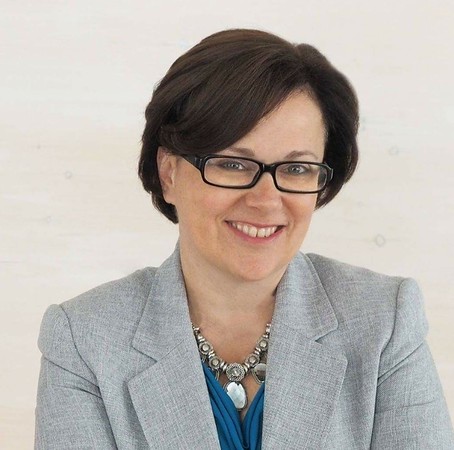 It may seem strange to lead with the color GRAY for a column about the vibrancy of the upcoming summer but it is the most important color right now, representing the covid infection rate today, which is 5 per 100,000 population, the lowest it has been for the last year. This will open the door for a return to normalcy and activities across the City.

Did you know that Bristol ranks second statewide for the amount of parks per capita? The 785 acres of GREEN space will be active this year, with summer camps, the new Page Park Pool opening, the All-Heart Pop Up Parks initiative, the return of the Summer Concert series at Rockwell Park, splash pads, walking trails, sports, mountain bike trails, a new pump park, playgrounds and more. Find out all you need to know about the plethora of free events at bristolrec.com. There is also financial assistance available for summer camp, extended hours and transportation options.

The Bristol BLUES returned to Muzzy Field last week, as did hundreds of fans who missed watching summer baseball at the historic ball field, which received a $1 million upgrade during covid, including an incredibly lush grass turf, new lights, some tree removal and a new sound system. The American Legion team, with its RED uniforms also call Muzzy home, so the WHITE baseballs will be plentiful this year.

Speaking of the red, white and blue combination, the Memorial Boulevard will be closed to vehicular traffic from the WWI monument to the eastern point for the next three months so the bridge may be replaced. This is a great opportunity to visit the monuments, ride bikes or walk in this linear park. The Boulevard celebrates 100 years this fall, and a series of events to commemorate the anniversary is being planned. Within the next couple of weeks, the Public Works Department will oversee the repair to the retaining wall that tumbled into the Pequabuck River last November. There will be some road closures associated with this project, as well as some of the 100 year old WWI pin oaks being removed. The City will be replanting all of these trees that were originally planted in memory of the WWI Bristol soldiers who made the ultimate sacrifice.

A community-wide hunt for Glass Art hidden throughout the City is underway, sponsored by the six Museums and the Bristol Arts and Culture Commission. The hand blown glass art are all different with swirling colors, with PURPLE being one of the dominant colors, similar to the Main Street mural that was commissioned last year. Check out the contest and the daily clues by visiting art&seekbristolct on Facebook.

The City of Bristol officials were on hand when Lake Compounce opened for its 175th season this year. The Park has had a major facelift and investment and remains one of Bristol’s most loved attractions and a favorite thing to do under the YELLOW sun and summer skies.

The City’s finances continue to be in the BLACK, with the budget having a 0% tax increase, maintaining the current 38.35 mill rate for the July 1, 2021 tax bills. The Senior Tax Relief component is also still in effect, which has frozen eligible senior citizen households at the 2019 level. I also think it is important to note that the City cannot use any of the $28 million in American Rescue Plan Act dollars to reduce the tax burden or for any direct expenses related to the day to day General Fund. The newly appointed Rescue Plan Task Force meets again on Wednesday at 4pm. Members of the public are invited to attend in person, or follow along with the Zoom link provided on the agenda which can be found online. These dollars represent a once in a lifetime opportunity to make transformative changes to Bristol, and we welcome citizen input during the process.