Bristol man gets 8 years in prison for Christmas Eve burglary 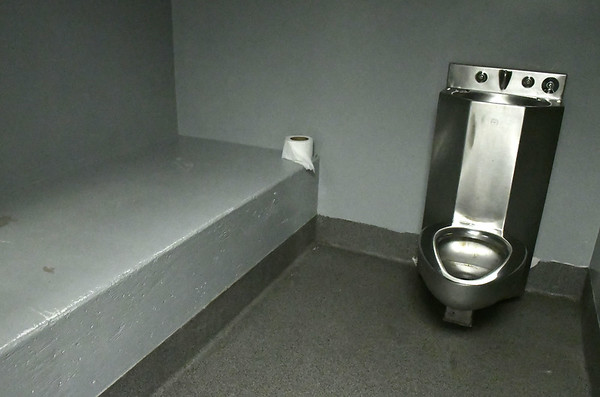 BURLINGTON - A Bristol man has been sentenced to eight years in prison for his role in the theft of a safe stolen on Christmas Eve in 2018, which was filled with more than $100,000 of gold, silver and cash.

Gregory Lamboy, 34, received the sentence Friday in New Britain Superior Court, where he shed tears in proclaiming he was not the driving force behind the burglary.

While accepting responsibility for his role in the theft, Lamboy said it was his co-defendant who came up with the scheme.

Lamboy in December pleaded guilty under the Alford doctrine to one count of first-degree larceny. He also admitted to violating his probation, which was being served for a 2015 conviction of assault on a public safety officer. An Alford plea means he disputes the allegations but believes prosecutors likely have enough evidence for a conviction during a trial.

The sentence negotiated in the case called for eight years behind bars.

Samantha Janulawicz, 31, of no certain address, has also been charged in the Christmas Eve burglary.

According to the arrest warrant, Janulawicz helped Lamboy steal a safe from a Burlington home on Dec. 24, 2018. She told him when the family would be out of the house, as her grandparents and their adult daughter’s family live there, the document continued. Janulawicz was with the family at a Christmas party the night of the burglary.

The family returned from the party and did not immediately notice the home had been burglarized. The next day, on Christmas morning, the family began to open presents when someone noticed a number of holiday cards containing cash in them were missing. The homeowner then checked on his safe, which was gone.

On Friday, Judge Maureen Keegan said the safe contained items that were intended to be passed down the victims’ children.

Before he left the courtroom on Friday, Lamboy asked if he could give his son a hug, as he said he has not seen him in a year. Keegan apologized to Lamboy, saying she had no choice but to say no because of a judicial policy for defendants who are locked up.