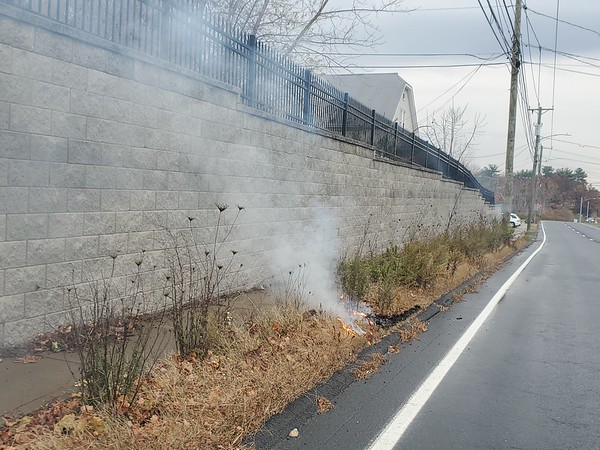 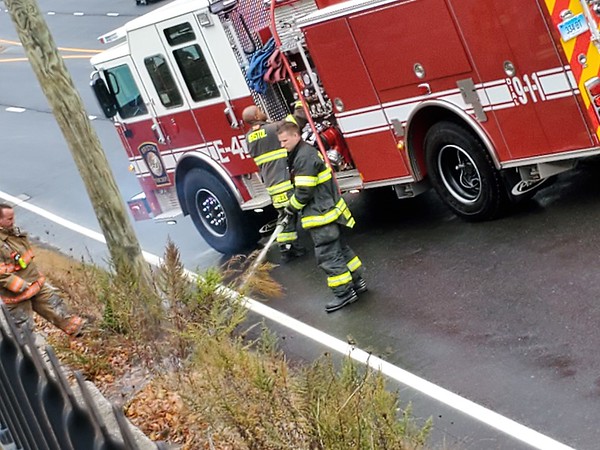 The fires, which occurred simultaneously about 15 yards apart from one another, were reported around 1:40 p.m. in the grassy area along the westbound lanes, between Barber and Hemlock streets.

Firefighters who responded could be heard saying at least one of the small fires had a “very interesting” burn pattern, adding that it appeared as though a flammable liquid was poured on the ground and ignited. Firefighters also said the brush fires could not have been caused by a discarded cigarette because of the way they burned.

One of the small fires was put out within seconds of firefighters arriving, while the other went out on its own, as rain had just started to fall. They caused some small clouds of smoke in the westbound lanes of Route 72 until a motorist pulled over and called the fire department.