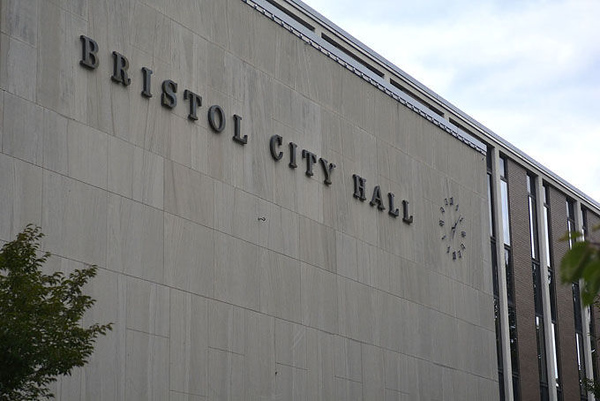 BRISTOL - The Mayorâ€™s Opioid Task Force is getting ready to premier a series of short public service announcement videos featuring city residents talking about the impact opioid abuse has had on them or their families and friends.

Mayor Ellen Zoppo-Sassu said she plans to show the dozen or so videos, â€śthat are in 59 second bites for appropriate use on social media,â€ť at the October City Council meeting. They are being produced by video production company Mazz Media and are funded by grant money.

The project is running a little behind schedule because more families have come forward to participate, she said.

â€śWe have some great interviews,â€ť she said. â€śWe have a father and son, the son is in recovery, the father is talking about the impact on the family. We have the sister of someone who just died from drug use last spring. We recently picked up a husband and wife team, they have one son who is incarcerated for drug use and another one who died from drug use, after being in recovery several times.â€ť

That last one is an important story, â€śbecause, yes, recovery is great, we want people to be in recovery, but itâ€™s not all good news,â€ť she said. â€śItâ€™s very heart-wrenching.â€ť

Zoppo-Sassu said recently the city marked International Overdose Awareness Day with a tree planning in Brackett Park, and people painting remembrance rocks for loved ones they have lost to addiction or who are struggling with it.

â€śThey placed their rocks around the tree, and a young woman who has been in recovery for four years came up to me, and she agreed to be in a PSA,â€ť she said. â€śIt affects every neighborhood, every age group, every socio-economic group. Itâ€™s everywhere.â€ť

â€śWeâ€™re going to show them on all platforms for social media,â€ť she said. â€śOur partners Wheeler and Bristol Hospital will promote them. Weâ€™re going to give them to Nutmeg TV and send them out to all of the regular media outlets that have to buy run PSAs by FCC regulations. If theyâ€™re running them at 2 oâ€™clock in the morning thatâ€™s fine but weâ€™re going to get them out wherever we can.â€ť

They will also be uploaded onto YouTube so anyone can link to them, she added.

Zoppo-Sassu said Mazz Media edited the original interviews into the short format, â€śbut we have all this footage, maybe we can turn it over to the high schools. We have production studios at both Eastern and Central and Iâ€™m thinking that might be a project for the kids to do something longer with it, but thatâ€™s down the road.â€ť

â€śI look forward to everyone seeing the PSAs in October,â€ť she said. â€śThey are very powerful, and hopefully if they can reach some people and help them turn the corner from addiction to recovery itâ€™s all going to be a success.â€ť

She told the council members at their September meeting she is also working on a project with Police Chief Brian Gould and Bristol Hospital, called the Connecticut HOPE Initiative.

The HOPE (Heroin/Opioid Prevention & Education) Initiative is a statewide program working to reduce incarceration for addicts. Zoppo-Sassu said they would like to expand that to everyone struggling with substance abuse, including alcoholism.

â€śInstead of using the HOPE Initiative template here in town, the police department and the Bristol Health organization has developed whatâ€™s called COBRA - City of Bristolâ€™s Recovery Alliance,â€ť she explained.

â€śSo, with officer discretion, a person with an illegal substance on them, or who is using a substance illegally, can choose treatment instead of arrest,â€ť she said. â€śCommunity members who would like to get treatment for their substance misuse can also walk into the Bristol police department or the emergency room and request help at any time.â€ť

All this helps the Mayorâ€™s Opioid Task Force in its mission â€śto reduce stigma and couple that with recovery,â€ť she concluded.