9/11 Remembrance Mass at Bristol's St. Joseph Church: A time to grieve and a time to learn 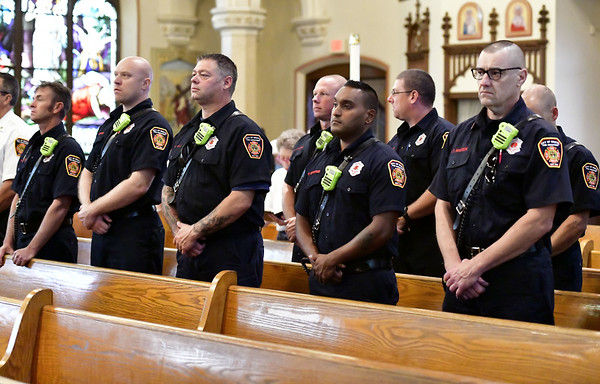 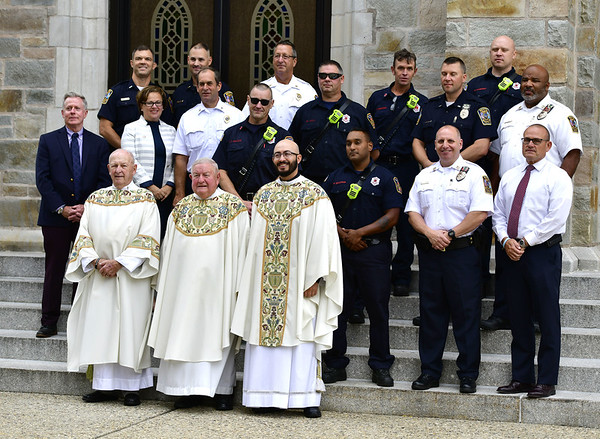 9/11/2019 Mike Orazzi | Staff Bristol first responders and elected officials with clergy during the 9/11 ceremony in Bristol on Wednesday morning at St. Joseph Church. Buy this photo

BRISTOL - On a bright Wednesday morning, St. Joseph Church held a Mass of Remembrance for all those who lost their lives during the 9/11 attacks.

Among those in attendance were town leaders, police, firefighters, parishioners and students from St. Joseph School.

“Today is another day that sparks a remembrance for us to honor all those who gave their lives,” said Bristol Fire Chief Kay Kolakoski. “We acknowledge everyday all the sacrifices 9/11 first-respondents have made, and the illness they suffer and all of our military forces, who are continuing this battle overseas today.”

While the Mass of Remembrance was a time of reflection for some, for others it was a history lesson.

“This is a generation of students who were born after 9/11. A lot of us remember where we were that day, but for these kids, today is a history lesson,” said St. Joseph School Principal Eric Frenette.

Frenette said that his students from kindergarten to eighth grade came up to their teachers and said they wanted to do something for 9/11.

“This is the first time since I’ve been principal at St. Joseph School that the school has held a 9/11 Mass of Remembrance with the church. The children even made homemade thank-you cards for all the police officers and fire fighters today,” said Frenette.

During the Mass, students sang songs of peace and recited passages from the Bible.

Mayor Ellen Zoppo-Sassu,said she can recall Sept. 11 as if it happened yesterday.

“I think most people remember where they were when they heard the news of 9/11,” said Zoppo-Sassu, who attended Wednesday’s Mass. “It’s an indelible moment, and today we honor those who have made those sacrifices for us.”

Also at the Mass was Kimberlee Donahue, the director of religious education at St. Joseph Church. She feels like everyone has a personal connection to that fateful day.

“I have a friend whom, back 18 years ago, was flying into JFK that morning. It took over 18 hours to hear from her to let us know that she was OK,” said Donahue.

Sept. 11 is now not only a day of remembrance; it is also a day of service. According to The Associated Press, people around the country have been volunteering in endeavors on and near the anniversary of the attacks.