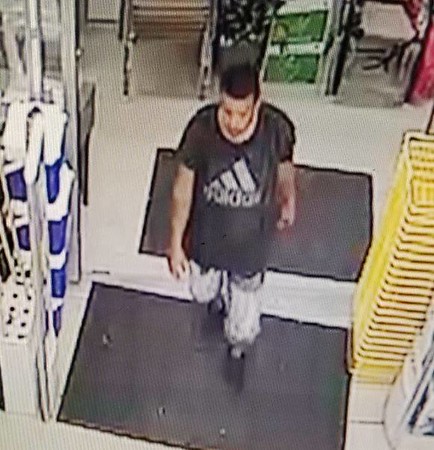 Police are asking for help identifying this man. Buy this photo
Published on Tuesday, 10 September 2019 19:03
Written by JUSTIN MUSZYNSKI

BRISTOL - Police are asking for help identifying a suspect in an armed robbery last month.

Police on Tuesday released a surveillance photo of the suspect, who is believed to have been involved in a robbery at the Dollar General on Divinity Street on Aug. 20, around 7:42 p.m., according to police.

Police said the suspect entered the store and took merchandise. Upon leaving without paying, the shoplifting turned into a robbery when the suspect was confronted by a store employee and he displayed a knife, police said.

Anyone with information has been asked to contact Det. Nicholas DeFazio at nicholasdefazio@bristolct.gov or 860-314-4567.