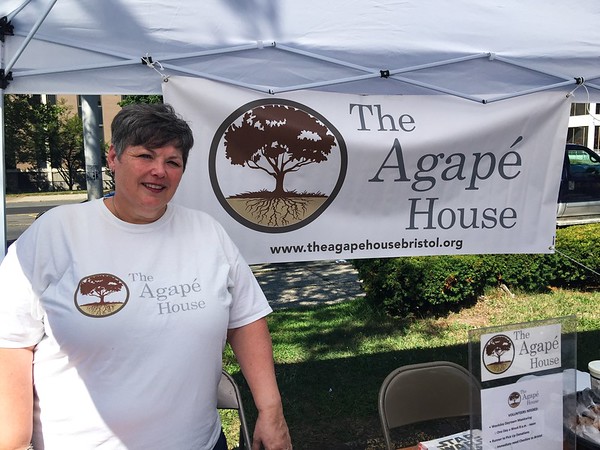 BRISTOL ‚Äì It took a village to find housing for over 40 homeless youth during the ‚ÄúReaching Home Ending Homelessness 100 Day Challenge.‚Äù

The nationwide effort began on May 1 and ended on Aug. 8. During that time, several Connecticut towns housed at least 40 homeless youth ages 18 to 24. They also connected them to health, education and employment services.

New Britain, Berlin, Bristol, Plainville and Southington participated. The towns are part of the Central Connecticut Coordinated Access Network (CAN), which sponsored the challenge.

The Central Connecticut CAN housed 44 youth over the course of the challenge. It was a team effort involving the City of Bristol and several local organizations.

‚ÄúIf we all take a piece, then it‚Äôs a tremendous force,‚Äù said Christine Thebarge, director of Agape House, a morning homeless outreach center.

‚ÄúI think it‚Äôs one of those responsibilities of government to help coordinate efforts,‚Äù said Mayor Ellen Zoppo-Sassu. She added that the city is like the glue that links all the groups together.

‚ÄúWe‚Äôre really proud of this accomplishment and helping over 40 youth break the cycle,‚Äù the mayor said.

Bristol‚Äôs Community Services was also instrumental in getting youth into safe homes.

‚ÄúThe last statewide youth count was in 2018 and found that there were 5,054 unaccompanied youth who were homeless or unstably housed in Connecticut,‚Äù said Community Services coordinator Annemarie Sundgren in a press release from the City of Bristol. ‚ÄúSo we are thrilled to have surpassed the goal of safely and stably housing more than 40 homeless youth as part of this year‚Äôs 100 Day Challenge.‚Äù

The Bristol Boys & Girls Club ‚ÄúYouth of the Year‚Äù Stanley Cardona, who experienced homelessness himself as a child, attended the celebration. He also aided in the challenge.

‚ÄúStuff like this is important. There‚Äôs people who are in real trouble and in need,‚Äù said Cardona. ‚ÄúWithout this program, there would be so many people who wouldn‚Äôt know where to turn to.‚Äù

‚ÄúStanley‚Äôs story and all these stories really epitomizes that it really does take a village,‚Äù said Zoppo-Sassu.

It was the first time the challenge focused on homeless youth.

At Agape House, providing a safe place for young people to go is critical. The center helps in any way it can, from letting visitors borrow phones to helping them talk to their parents.

The Partnership for Strong Communities said in the press release that eight challenges happened across the state, each funded by ‚Äúa wide array of local philanthropies.‚Äù

Brian‚Äôs Angels, an afternoon homeless outreach center, and the Bristol Board of Education also helped in Bristol‚Äôs challenge.

However, just because the challenge is over doesn‚Äôt mean the efforts to end youth homelessness are.

‚ÄúWith a statewide goal of ending youth homelessness across Connecticut by 2020, every municipality has to step up to connect at risk youth with the services that can help them get back on their feet and able to live happy, healthy, productive lives,‚Äù said Mayor Zoppo-Sassu in the release.