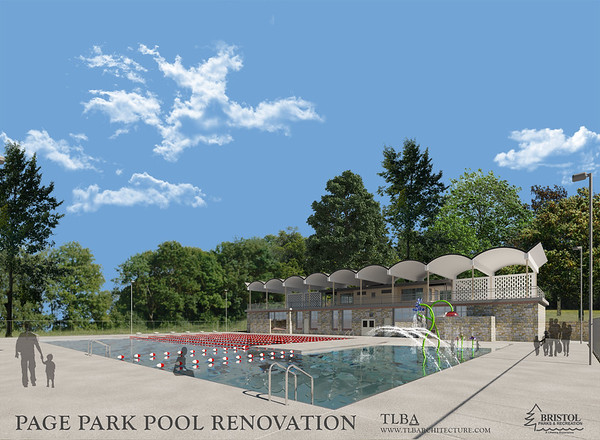 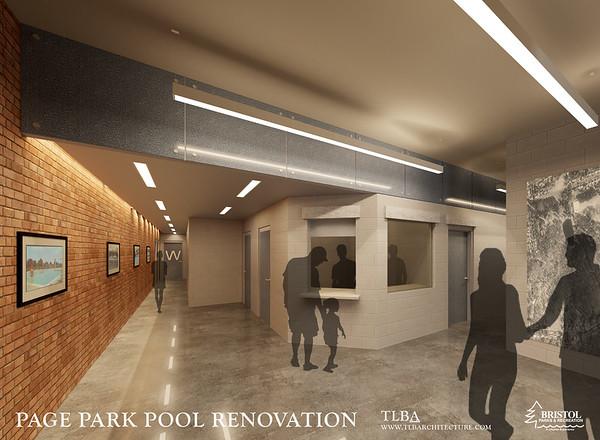 Brian Johnson Staff A concept picture of the new Page Park pool standing outside of the Parks and Recreation Department. Buy this photo 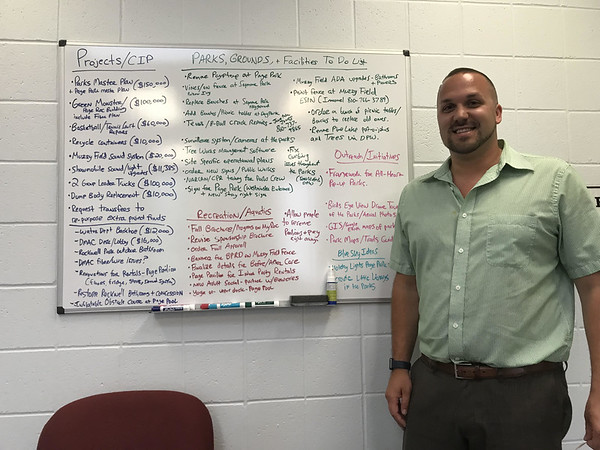 Brian Johnson Staff Joshua Medeiros, superintendent of the Parks and Recreation Department, with a list of potential improvements at local parks in his office. Buy this photo

BRISTOL – The Parks and Recreation Department is eying a complete renovation of the pool at Page Park, as well as additional improvements in the park that will total $3 million.

Joshua Medeiros, superintendent of Parks and Recreation, said the current pool was installed in the 1950s and it needs an “overhaul” to be safe and accessible. The city approved $3 million for the pool renovation project last year and $500,000 of the funding will also come from the Page Park Trust.

Medeiros said the construction documents for the improvements are going out next week. He hopes to close on the project in August and have it approved by the City Council at their Aug. 13 meeting. The renovation work is expected to take a year to complete, with Medeiros hoping to have it re-open by May 2020.

“We will be doing a complete renovation to make the pool ADA compliant,” he said. “We’ll also be gutting the inside, putting in a new lobby space and new locker rooms. It will also have new features including zero depth entry points, and water spray machines.”

Additionally, the Parks and Recreation Department is looking at repainting, repairing and resurfacing the lower basketball court at the park. This, he said, will probably happen within a year but it will take significantly less time to do the work. He estimated that the company they hire can probably finish the basketball court improvements within two to three days.

Medeiros said that the Page Park Pavilion, which is currently being used as a space for many local programs, may also be renovated with the goal of it becoming a rental space.

“We want to fix the floors, put in new lighting and put in a new oven and fridge,” said Medeiros. “There are currently not a lot of places in Bristol which people can rent out for events and this is a phenomenal space, with the deck overlooking the pond. It could be used for weddings, birthday parties and graduation parties.”

People will also likely see the maintenance bay and storage area, which Medeiros called “the green monster,” fully refurbished with a new paintjob.

“It looks horrible now,” he said.

Medeiros said that he also hopes to create a site specific master plan for Page Park improvements as well as a $150,000 city-wide master plan.

“Back in 2004, a site specific master plan was created for Rockwell Park and a lot of improvements were made that year,” he said. “We are now looking at several challenges with Page Park that we have identified, including parking and drainage coming off the hill. We are looking to hire a firm to develop a plan for addressing these concerns.”

As part of developing the master plan, Medeiros hopes to discuss setting up public meetings, surveys and focus groups. He hopes that this process will start this fall, but encourages residents with concerns to email him now at joshmedeiros@bristolct.gov. Those who do will be put on an email list for further updates.