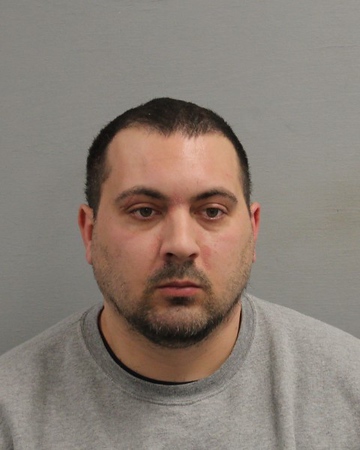 BRISTOL - A 30-year-old man seriously injured in a car crash in Harwinton on Wednesday has been identified as the same person who was arrested in Bristol over the weekend for allegedly assaulting three women, including two victims at random in the parking lot of a grocery store.

Driving a 2008 Honda Accord west on Route 4 in Harwinton, Nikolas Rumery, of 35 Seymour St., crossed the yellow center line and struck head-on a 2019 Nissan Pathfinder that was heading east near White Oak Drive, according to state police. Rumery and the driver of the Pathfinder, a 42-year-old Harwinton woman, were taken to Hartford Hospital and treated for serious injuries, state police said.

Rumery was flown to the hospital via the Life Star emergency helicopter. A passenger in the Pathfinder, a 12-year-old boy, was also taken to the hospital for what was described by state police as a possible injury.

The crash remains under investigation after closing Route 4 for hours on Wednesday. Anyone with information has been asked to contact state police Troop L at 860-626-7900.

Rumery was arrested in Bristol on Saturday after he allegedly approached two women in the Aldi parking lot on Middle Street, around 10:25 a.m., and punched them in the face, according to the police report.

One of the victims, an 80-year-old woman, said the suspect approached her as she was unloading groceries, didn’t say anything and punched her in the face, the report said. Another victim, a 63-year-old woman, told police she was unloading her groceries when she heard someone mumbling near her. When she turned around, she was punched in the face by Rumery, the report continued. Both women declined medical attention.

Police allege Rumery went after another woman in the parking lot, but she was able to protect herself using a shopping cart.

During his arrest, Rumery admitted to assaulting yet another woman earlier in the day, walking up to her while she was on her porch and punching her in the face, according to the report. That case has been considered domestic violence.