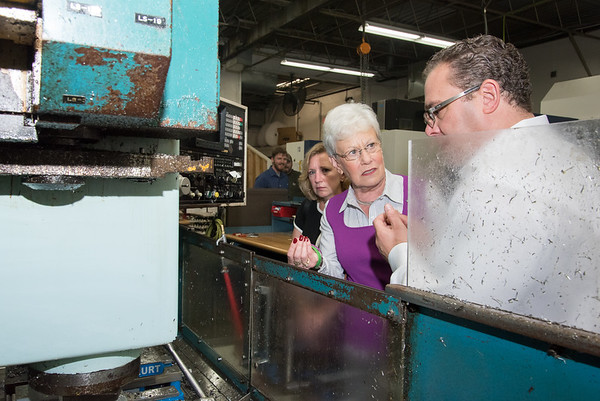 09/27/17 Wesley Bunnell | Staff Lt. Governor Nancy Wyman visited aerospace manufacture Meadow Manufacturing on Wednesday morning. The company expanded with the assistance of the state's Small Business Express program administered by the Department of Economic and Community Development. Lt. Governor Wyman listens as owner Mark Gregoretti explains the operations of one of their machines. Buy this photo 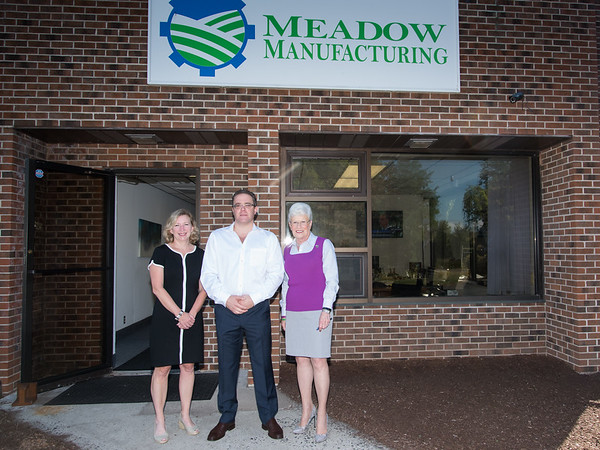 “It is exactly what we are seeing happening, small businesses increasing” said Wyman of the manufacturer that has expanded employees and purchased new machines over the course of four years. “It might be behind the scenes, but that’s what we need. Suppliers to help keep our bigger companies here also. Mark is doing a great job of that.”

The program, which began in 2011 out of the Department of Economic and Community Development, provides loans and grants to Connecticut’s small businesses to spur job creation and growth, according to the program’s website. It offers matching grants of up to $100,000 or low-interest loans/forgivable loans in amounts up to $300,000 based on job creation, according to Jim Watson, spokesman for the DECD.

Requirements to apply for a loan consist of being registered to conduct business for not less than 12 months, in good standing with all state agencies and with the payment of all state taxes, and employing not more than 100 employees.

Priority for available funding is given to eligible applicants that are creating new jobs and within Connecticut’s economic base industries, as defined in state statues, which include but are not limited to precision manufacturing, business services, green and sustainable technology, bioscience, and information technology sectors.

“It was pretty painless…it was nice,” said Mark Gregoretti, owner of the manufacturer, who enjoyed showing off his workers to the special guest. Gregoretti took over the business almost four years ago, after it had been running in place for two years with two employees building simpler parts, he said.

After selling a similar manufacturer he and his father ran in Bloomfield called Reliable Manufacturing, in 2008, and needing to follow a non-compete clause for five years, he acquired Meadow Manufacturing. “It’s a great thing I think the state is doing,” he said of DECD.

As a result of the $300,000 loan Gregoretti took out, he’s grown the business from two employees to 14 and is looking to bring on two more to begin working a night shift, including an employee who commutes two hours after from New Jersey each day. He’s also obtained grants for new machinery and purchased five machines of his own through financing.

“It’s a great help,” said Heidi Pascucci, controller at the manufacturer, adding that once the business got rolling, it was able to obtain more financing and add more employees.