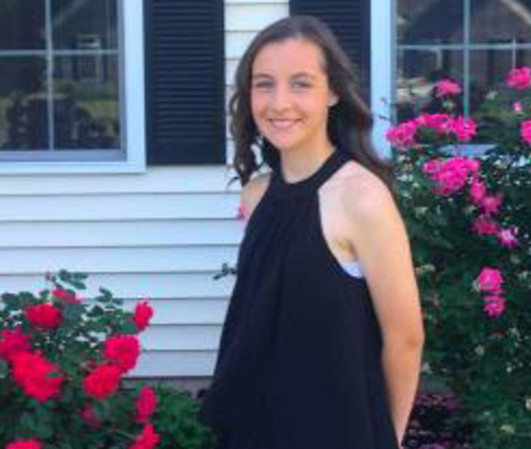 A softball tournament will help support Morgan Amyot as she battles cancer. Buy this photo
Published on Wednesday, 16 August 2017 16:20
Written by Dan Orencole

BRISTOL - Those around Morgan Amyot know her as a quiet, kind and reserved girl.

Amyot loves the game of softball. She is outdoorsy, and just like any other 14-year-old girl, she loves to bug her younger sister Mikaila.

“She’s always willing to help others. She cares more about others’ feelings than her own,” Morgan’s mother Rachel Couture said.

“I have a hitting drill where you hit the small plastic ball. Very first practice she missed all 20 of them,” Warriors coach Darrell Darby said. “Towards the end of the season she would hit them at about a 95 percent rate, and that’s the sign of a kid that just won’t quit.”

Just a few weeks ago, Amyot took the field for the Junior League All-Star Tournament.

Soon after that tournament, Amyot and her family received devastating news from doctors. Amyot had been diagnosed with stage four kidney cancer.

Since the diagnosis, Amyot has entered chemotherapy in order to battle the cancer.

She will not be alone during this time, as she has a very supportive family and the news of the diagnosis has spread quickly throughout the Bristol community.

As a result, many people and organizations in the area have been helping in any way possible.

Organizations such as ESPN, Home Depot, Amano’s Pizza, Max’s Pizza and Moe’s have donated to help the Amyot family.

Jane Soucy, the mother of Amyot’s softball teammate Brooke Soucy, decided to set up a daylong softball tournament to help Amyot and her family. Soucy and coach Darby have joined together to make the event possible, as well as the President of Bristol Little League Girls Softball, Adam Whitlock.

“[I’m] very overwhelmed. It’s pretty awesome how the town of Bristol and the softball organization come together to help a child,” Morgan’s dad Rob Amyot said. “It’s like a little family.”

The date for the softball tournament is set for Saturday, Aug. 19 at Rockwell Park. It will begin at 10 a.m. and will run until 8 p.m.

People of all ages are encouraged to attend and registration for the event is done either online or at the park on the day of the event. If the weather does not cooperate, the event will be held the next day.

There will be food, drinks and raffles throughout the day. All of the funds raised will be going to the Amyot family, as medical expenses during this time are astronomical.

“What makes the most impact is that she’ll be surrounded by folks that have known her their whole life,” Whitlock said. “That’s kind of the forum we’re trying to create.”

As a competitor throughout her sports career, those around Amyot know one thing. She isn’t going to back down to the illness presented to her. If anybody can fight and win this battle, it’s Amyot. While Amyot has always put others before herself, it’s now time for people to support Amyot as her and her family goes through this difficult time.

“If it was another person, she would be there doing the same thing as they are for her. She cares about others and is always really willing to help others,” Rob Amyot said.

The Bristol people rallying around Amyot represent the love and community throughout the city.

A day of softball is the perfect way to honor Amyot.

“I’ve had a very hard time sleeping the last several weeks. I think a lot of people in this community would say the same thing,” Whitlock said.