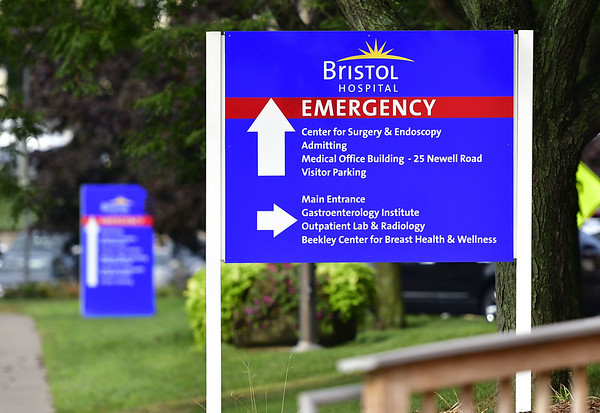 BRISTOL — Bristol Hospital now has the technology to perform reconstructive surgery for patients who have undergone a mastectomy.

The procedure was made possible after a generous donation by the Beekley Family Foundation, which allowed the hospital in December to buy a $125,000 machine that helps ensure a successful reconstructive surgery — the SPY Elite System. The hospital on Thursday held a small recognition event on behalf of Beekley, where officials talked about the benefits of the new piece of equipment.

Dr. Vinod V. Pathy, a plastic and reconstructive surgeon at Bristol Hospital, said SPY Elite allows him to see how healthy the skin is — something that cannot be done with the naked eye — before performing post-mastectomy flap reconstructive surgery.

“It’s good at predicting how healthy the tissue will be post operation,” Pathy said, adding that “bad tissue” can be removed before reconstruction to ensure proper healing and recovery.

The machine works by examining the tissue after a dye has been injected into the skin, allowing doctors to see the red blood cells in real-time with the use of a camera. This feeds into two monitors, which provide both color and black and white video, so surgeons can see blood flow and the difference in discoloration — both of which are important in predicting the viability of tissue for wound healing.

“It almost looks like a Doppler radar,” said Pathy, who also has a practice in Old Lyme, the Northeast Plastic Surgery Center.

Ayn S. LaPlant, president and CEO of the Beekley Corporation, called the SPY Elite “state-of-the-art technology” and said the donation was made so patients of Bristol Hospital’s Beekley Center for Breast Health and Wellness wouldn’t have to go elsewhere for reconstructive surgery after undergoing a mastectomy.

“The care they get in the spa-like facility and how comfortable people are, it’s amazing,” LaPlant said. “They can now stay here and be comfortable with their care team.”

According to Pathy, he has performed reconstructive surgery on three patients since the purchase of SPY Elite. All of those, he said, have been “100 percent” successful, which was in large part because of the capability of the new machine.

“I’m very thankful to Beekley and Bristol Hospital for being dedicated to breast patients,” he said.