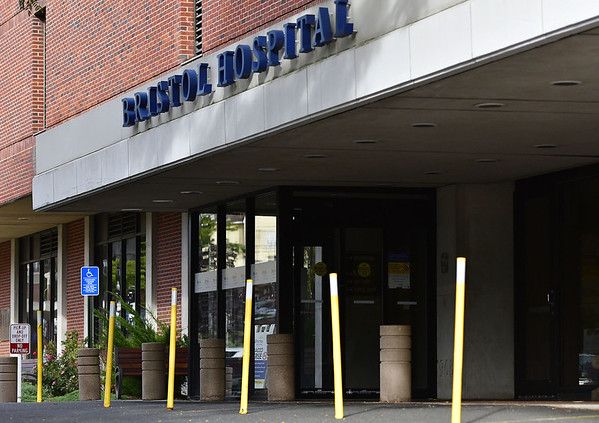 HARTFORD - Leadership from Bristol Hospital on Wednesday made a trip to Hartford to voice concerns to local legislators about an aspect of Gov. Dannel Malloy’s budget proposal that would allow municipalities to levy property taxes against nonprofit hospitals.

“We generate about $6 million a year in cash,” said Kurt Barwis, president and CEO of Bristol Hospital, during the annual Hospital Day event at the Capitol. “Now this tax that is affecting the positive cash flow of the hospital; from an accounting standpoint, you are ultimately strangling this organization.”

Barwis added, “With the governor’s proposal, when you add up all the new taxes, the net burden goes from $7.5 million to more than $10 million a year - it’s not like we can pass that tax on to anybody. We have patients who are struggling with high-deductible plans and those who are uninsured. We ultimately get taxed to death.”

Barwis was joined Wednesday by 18 other employees of Bristol Hospital and Health Care Group. Hospital Day is used for leadership officials to meet with their legislators and discuss any concerns. This year’s main issue was Malloy’s budget proposal, which looks to attack a $1.7 billion deficit in the upcoming fiscal year. A portion of the proposal would allow municipalities to impose property taxes on nonprofit hospitals.

Malloy’s office has said the costs hospitals would incur by losing a real estate tax exemption would be offset by supplemental payments they would receive.

Legislators and hospital leaders are skeptical of this.

“This year, hospitals are faced with the potential of new and increased taxes, on top of the current hospital tax of $556 million a year,” said Michele Sharp, vice president of communications of the Connecticut Hospital Association - which hosts Hospital Day. “The tax hurts patient access to care, and it makes care more expensive. Connecticut residents already pay more than $650 more for care each year because of the hospital tax - they can’t afford more taxes. We need the state to stop taxing hospitals for the care they provide to patients.”

“There is not a person in the caucus who will vote for this budget,” Betts said. “We should not be having this conversation. Hospitals are long-term, not year to year.”

Petit said he is also objected to taxing hospitals.

“Taxing these institutions is the wrong way to go,” Petit said. “We need to find other mechanisms for funding and begin to rein in our spending.”

Martin added, “The hospitals are losing because the state is financially unstable. All roads lead back to the Capitol and we are in a fiscal mess.”

Martin also encouraged community members to visit BristolHospital.org to take part in the hospital’s letter-writing campaign in opposition of Malloy’s proposed hospital property tax. Since February, 8,300 emails have been sent in this campaign.

“Keep sending those emails opposing this budget because you make a difference and all the legislators see those messages,” Martin said.