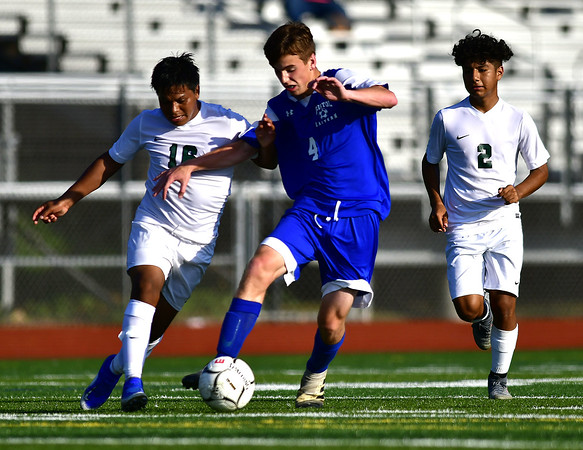 As Bristol Eastern legend Bill Sweet prepares for his 54th season coaching the Lancers, the team is getting set to compete against some of the toughest soccer powerhouses in the conference for their second consecutive year.

Bristol Eastern finished last year with a record of 4-11-1. While the Lancers were outclassed in some of the games, there were others they simply let slip away. Sweet said the team has improved and the challenges they faced last year should be eased with their experience.

“Last year we had the toughest schedule we’ve ever had. This is our second year going through it and I think it will help us because we know the grind,” Sweet said. “It’s not easy. It’s day in and day out.”

In Bristol Eastern’s favor, the team has returned several key players from the lineup last season, including Connor Policarpio, who didn’t play last season due to injury.

The team is missing their leading scorer from a season ago, but several players, who Sweet describes as creative, quick and have good ball skills, have stepped up to fill in the production.

A bigger freshmen class also gives the Lancers room to work with, but the team will need to sure up its defense.

“The CCC is the best conference in the state. We know it's a challenge we have been challenged before,” Sweet said. “I’m happy with what I’ve seen so far.”

Sweet said with their strength being offensively they can also use it as an advantage to help their defense.

“Our offense could be part of our defense if we can control the ball,” he said. “We think we could be pretty good.”

This season the team goal is to make the state tournament as well as beat Bristol Central, but the team will have to remain healthy or they will struggle with its smaller roster.

Team captain Tyler Borry said that overall he feels great heading into the season. He said the team is more motivated than ever and will come out stronger.

He said they are set on proving themselves and winning the conference.

“The team has been playing well. I think we’re going to have a great season,” he said. “Looking at our record last season it wasn't the greatest, but we worked really hard. We want that CCC championship more than anything.”