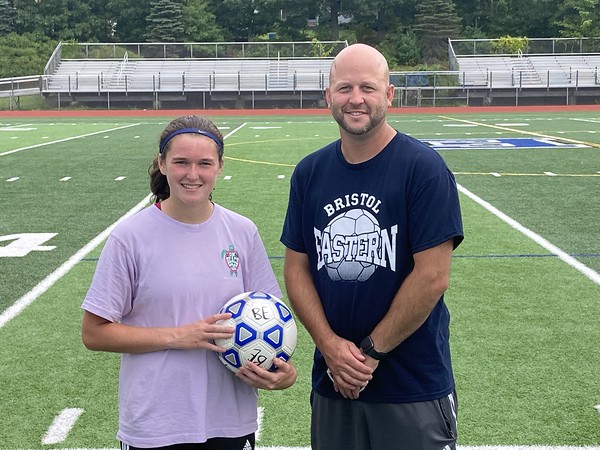 The motto at Bristol Eastern is ‚Äúhard work beats talent,‚ÄĚ and based on their season a year ago, girls soccer coach Scott Redman and his Lancers proved that in several games.¬†

The Lancers finished their 2021 campaign after qualifying for the state tournament, and while it was an accomplishment for the team, Redman said their individual game performances were more impressive than their overall wins.

He said while the team has lost quite a bit of on field production from last year‚Äôs graduating class, the team this year will have to focus on the day-to-day grind in order to battle through the tough schedule.¬†

‚ÄúThere‚Äôs no layups in our schedule,‚ÄĚ Redman said. ‚ÄúWe‚Äôre going to try and build off of last year, repeat that performance where we compete with teams that have more skill than us and try to fight for the tournament.‚ÄĚ

Redman said they will be working on fitness,¬†team unity and assessing how to fill the on-field production gaps in the roster.¬†

Overall, he said he‚Äôs impressed with how hard the team is working already.¬†

‚ÄúThis is the hardest part of the season getting through that mental grind of getting in shape so I‚Äôm proud of their effort,‚ÄĚ he said. ‚ÄúI‚Äôm impressed with how hard the girls are working. They‚Äôre definitely pushing themselves.‚ÄĚ¬†

While many teams set out on the season aiming to reach the pie in the sky of obtaining a state championship, Redman said that his mindset is different. While he admits that is the ultimate goal of any team at Bristol Eastern their focus is on the day at hand.¬†

‚ÄúI try not to get into those larger scale goals because you can't win a state title or the conference if you don't win the day,‚ÄĚ he said. ‚ÄúWe focus on improving each day.‚ÄĚ

Team returner Cecelia Gilbert said she embraces the Bristol Eastern motto, however, she said the team also has some talented players coming in this year.

‚ÄúI mean we definitely lost a lot of good players, but we have a lot of good freshmen coming in. I‚Äôm excited for the year,‚ÄĚ she said. ‚ÄúWe definitely have to work hard in the preseason, but I think we got it. We‚Äôre working hard and we‚Äôre just going to try and do our best. We‚Äôre going to figure it out.‚ÄĚ¬†

Bristol Eastern starts their season at Lewis Mills on Sept. 8. They kick off their home opener against Berlin on Sept. 13.