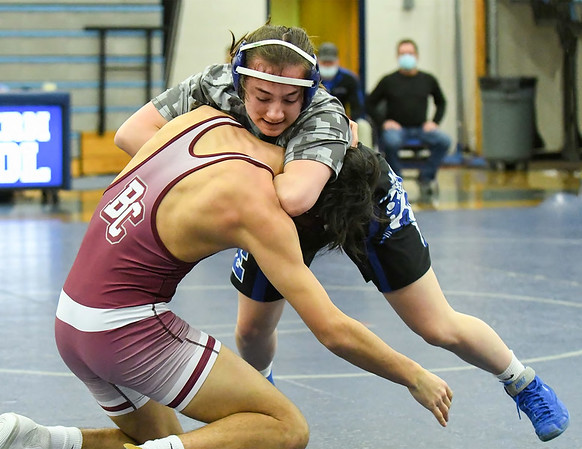 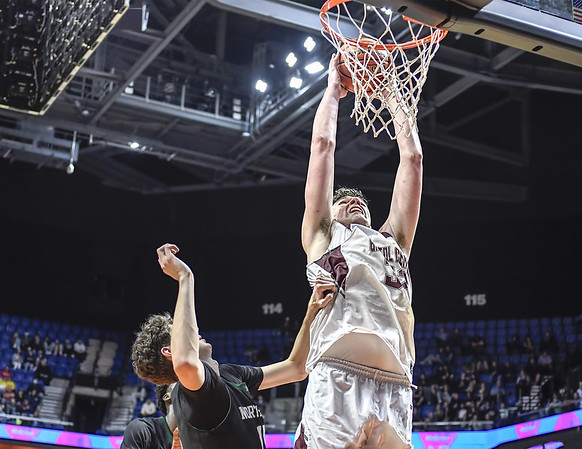 The 2021-22 high school sports season brought many memorable moments to the city of Bristol. This was a year of broken records, national athletic honors and state championship titles. Several standout athletes made their mark on Bristol sports history.

Donovan Clingan’s 2,000th Point: Bristol Eastern hosted Bristol Central for the last boys basketball game of the regular season on February 21. Halfway through the cross-town classic, Donovan Clingan dunked his way to Connecticut sports history. Senior Damion Glasper passed a ball from the corner straight to Clingan, who had a clear shot to claim his 2,000th point. The Thomas M. Monahan Gymnasium erupted in applause and a standing ovation for the hometown hero. Clingan exited the game 25th on the state’s all-time scoring list and continued to rack up the points during the postseason. The UConn-bound center finished his senior year as the 7th all-time high school Connecticut scorer and the Gatorade Player of the Year.

Victor Rosa Wins Gatorade Player of the Year: Bristol Central’s Victor Rosa was incomparable on the gridiron during the 2021 season. The quarterback rushed for 2,728 yards, passed for 849 yards, and scored 41 touchdowns in 11 games. The 6-foot 195-pound athlete had his best showing of the season against Tolland on October 22, where he rushed for 406 yards and collected 8 touchdowns. Rosa is now tied for third for the most touchdowns scores in a Connecticut scholastic game. Off the field, Rosa maintained a 4.34 GPA, played point guard on the 2022 Division II Champion basketball team and received All-Conference honors in outdoor track. In his senior season, the future UConn Husky was named Gatorade Player of the Year, Max Preps Player of the Year and received All-State and All-Conference honors.

Ciara Collins Named All-Conference In 3 Sports: Ciara Collins is one of the best athletes in Bristol Eastern history. During her athletic career as a Lancer, Collins played soccer in the fall, basketball in the winter and lacrosse in the spring. For her efforts on the field and court, Collins earned All-Conference nods in all three sports as a senior. Collins received another athletic accolade when she was named to the 2021-2022 CHCSA Class L All-State basketball team. Collins racked up 9 total All-Conference selections during her high school career, one for every season that she participated in. The athletic marvel will play basketball at Pace University in the Fall.

Brendan Foley’s Perfect Game: St. Paul senior Brendan Foley tossed his way to perfection against Woodland on May 9. The lefty used his two-seam fastball in combination with his slider to shut down all 21 batters. Foley threw just 79 pitches over 7 innings while dealing 10 strikeouts. Foley got the start in the state Class S semifinal game against Somers, where he led the Falcons to a 7-0 victory. The lefty pitched 6 1/3 innings for the Falcons while dealing seven strikeouts. St. Paul advanced to the finals where they claimed a Class S state championship title.

Ella Nicholas Wins National Championship: Bristol Eastern wrestler Ella Nichols is one of the top wrestlers in the country. The senior Lancer hit the mats earlier this year at the Virginia Beach Sports Center to compete in the high school nationals. Nichols claimed a 5-2 victory in the finals over Washington’s Ruby Rodriguez-Rios to win the title. Nichols was outstanding in her 144-pound weight class, winning all five matches for a perfect 5-0 record. The wrestling standout finished her senior year with three NHSCA All-American championship victories. This summer, Nichols will be competing in the Women’s Nationals in Fargo, North Dakota, looking to qualify for the world team.

Casey Cerruto’s 3-Run Walk-Off Homer: The St. Paul Falcons hosted St. Bernard for the second round of the Class S state tournament. A pitching duel between Brendan Foley and St. Bernard’s Aidan Whitten kept the game scoreless for 7 innings. In the top of the eighth, St. Bernard scored a run when center fielder Luca Muscarella singled on a ground ball to left. A single from Ryan Daniels and an intentional walk to Mario Izzo, put 2 on with one out for cleanup hitter Casey Cerruto. The senior catcher hammered the first pitch deep over the left field fence, ending the game with a walk-off 3-run homer. Cerruto earned All-State honors and will play baseball for the University of New Haven in the Fall.

Damion Glasper’s Clutch Free Throws: The top-seeded Bristol Central basketball team were two games away from a state championship title when they traveled to Hillhouse on March 15. The Rams battled with the No. 4 seed Wilton through all four periods, which ended in a 45-45 tie. Both teams continued to play well in overtime, keeping the score close. With 2.7 seconds left on the clock, Glasper was fouled. The senior guard stepped up to line, sinking a pair of free throws for the 54-52 win. The Rams advanced to the finals, where they won the Division II state championship in a 56-36 victory over Northwest Catholic. Glasper’s senior season on the court led to All-Conference and All-State third team honors.