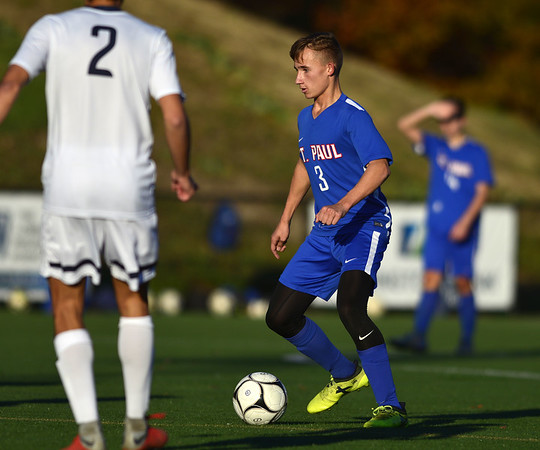 WATERBURY - The St. Paul boys soccer team picked up a 4-1 victory at Wilby on Tuesday, paced by a hat trick from Ethan Rembish.

Wilby came out aggressive in the game, but Rembish was able to find the back of the net before halftime.

St. Paul came out better in the second half and was able to connect passes and play better soccer. Rembish scored two more times for his first hat trick of the season.

Also, freshman Gabriel Paez scored a beautiful goal for his first of the season.

Bristol Eastern 5, Windsor 1: The Lancers got five goals from Jake Woznicki to cruise to a victory at home.